A musical love letter to a fairytale version of Los Angeles 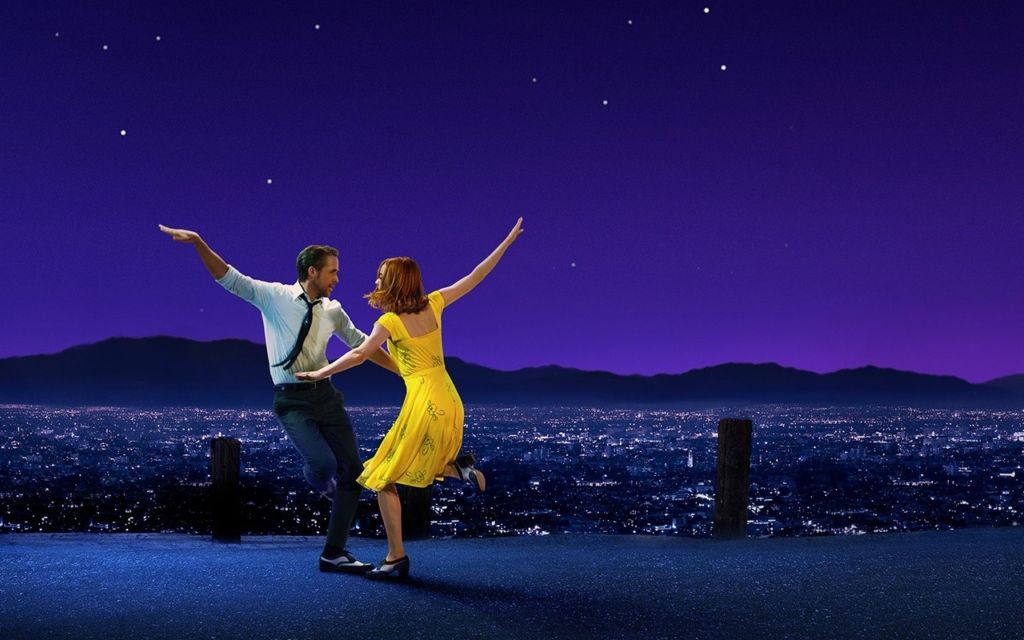 I relatively recently became a Los Angeleno, and among the many lessons I have learned since arriving is that the movies that taught me about L.A. are mostly bold, beautiful lies. I have long known that Hollywood is in the business of pablum, artifice and mythmaking; I’m a film critic, after all. But the extent of the fiction has only become clear to me as I’ve sat in traffic long to understand why road rage murder seems justified; I’ve witnessed the suffering of the city’s garish, inhumane poverty; I’ve met the people who write and direct and enact the lies. We believe the lies because the truth is too much to bear, and we tell the lies out of self-preservation as well as masochism. It seems fitting that as the country slouches toward fascism with a man empowered by reality television that the odds-on favorite to win Best Picture at the next Academy Awards is La La Land, a not-that-great musical love letter to a fairytale version of Los Angeles.

The film opens with a rewrite of the opening of Fellini’s 8 ½, in which Marcello Mastroianni’s anxious director is trapped in a haunting, terrifying black and white traffic jam. In La La Land, the traffic jam is in full, glorious color, and instead of writhing in agony as Mastroianni did, the drivers pop out of their cars and giddily perform “Another Day in the Sun,” a paean to up-from-your-bootstraps success in Los Angeles: “Behind these hills / I’m reaching for the heights / And chasing all the lights that shine / And when they let you down / You’ll get up off the ground / As morning rolls around / And it’s another day of sun.” It’s thrilling and funny and adorable, and, of course, a lie, since 99 percent of people who come to L.A. to be stars fail. But that’s not what La La Land is about. The movie is about wish fulfillment smothered in the gooey hooey that we sometimes call the American Dream.

At the end of the number, we zero in on two driver-dreamers, Mia (Emma Stone) and Sebastian (Ryan Gosling). After growing up on old Hollywood films like Casablanca and Bringing Up Baby, she wants to become an actress, and she’s damn good. A gifted jazz pianist, he’s obsessed with the romance of old school jazz and wants to open a club to preserve that music. They are fueled by nostalgia and pluck, and their courtship is, considering that Stone and Gosling have legendary chemistry, as endearing as any classic romance that Mia watched as a child. As they fall in love, they support each other’s ambitions, and then there are obstacles and fights, and of course song and dance.

Writer and director Damien Chazelle (of Whiplash fame) clearly followed Stephen Sondheim’s advice to hire actors who can sing, rather than singers who can act. Gosling more or less speaks his songs, and Stone dumbs down her actually good voice to match his skill level – until one song toward the end when she’s allowed to rip loose. Neither of them can dance particularly well. Their tap number is cute, but mostly because it reminds you of better dancing from the old Hollywood musicals that La La Land is repeatedly referencing. Justin Hurwitz’s songs and score are cheerful and optimistic, like the film, and they fit perfectly within Chazelle’s sun-soaked, color-saturated postcard shots of Griffith Park, Santa Monica and the Hollywood Hills.

However, with all of Chazelle’s grand aspirations and inspirations – to make something like a cross between Singing in the Rain and LA Story, I think – it’s odd how his scope narrows quickly after “Another Day in the Sun.” The cast is underpopulated, with supporting characters existing only to get Mia and Sebastian to talk when they aren’t together, and Los Angeles becomes a backdrop to a rather standard romance. Chazelle only stages two truly big numbers, the opening and the beautifully bittersweet closing, with the vast majority of the film overly intimate and seemingly muted for such a massive canvas. The film tells two lies, then: Los Angeles is a paradise of opportunity, and the movie is about Los Angeles.