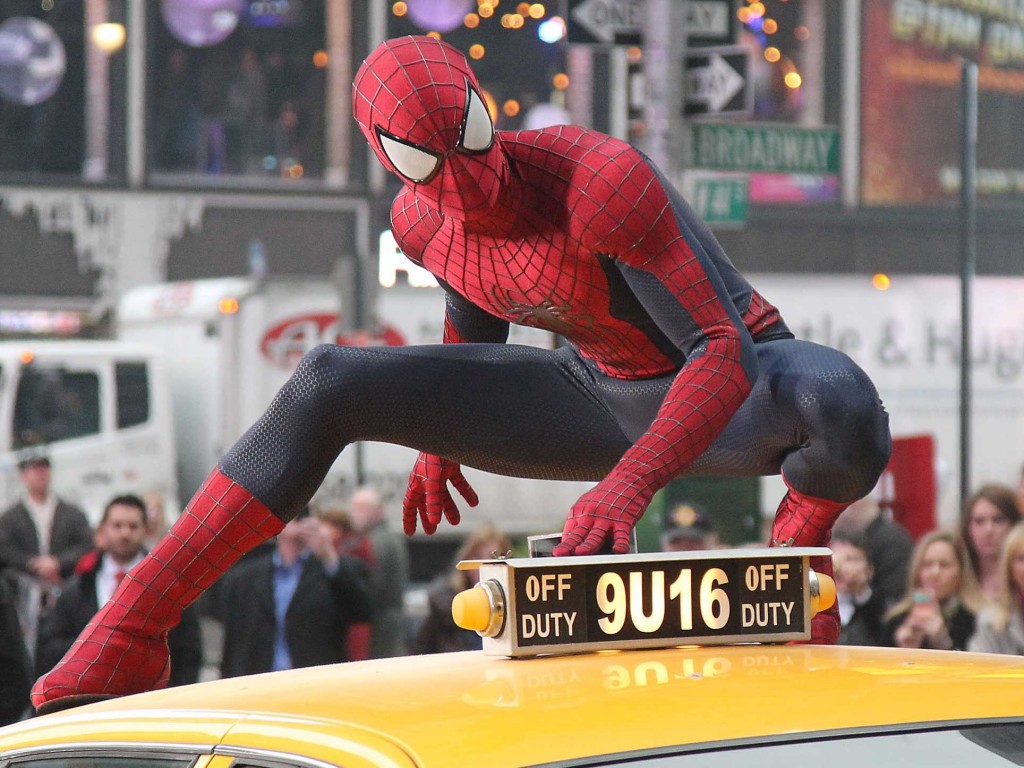 My biggest peeve with many comic book movies is how much they divert from their source materials (the worst is culprit being the X-Men films.) However, Sam Raimi’s three Spider-Man movies, whatever liberties taken with plot points, did not change the essence of Peter Parker and his alter ego: He was a teen-aged orphan who was bitten by a radioactive spider and turned into an angsty, wise-cracking do-gooder superhero who could stick to walls, lift a hell of a lot of weight, and swing on webs shot from his wrists. He was torn by his commitment to the great responsibility that came with his great power and his love for both his Aunt May and the woman he loved, Mary Jane Watson. When Marc Webb rebooted the franchise two years ago, he kept most of these key elements, this time casting the wonderful Andrew Garfield as Peter, but instead of having a new Mary Jane, he cast the even more wonderful Emma Stone as Gwen Stacy, Peter’s girlfriend from the 1960s and 1970s comic book. While this decision definitely makes the reboot more similar to comic book, Webb has yet to achieve either the emotional power or the adrenalin rush of Raimi’s excellent first two films. (Raimi’s third is was awful.)

The Amazing Spider-Man 2 starts shortly after the events in the previous film. Spider-Man is a superhero-about-town, trying to balance his heroics with his relationships with Gwen and Aunt May (Sally Field). Peter promised Gwen’s dying father that he would stay away from Gwen to protect her from his dangerous life, and he breaks up with her for that reason. Of course, that doesn’t last long. Meanwhile, Peter’s childhood friend Harry Osborn (Dane DeHaan, doing the exact same creepy whiney thing he does in every movie) inherits his father’s massive biotech company, which employs both Gwen and Max Dillon (Jamie Foxx), an electrical engineer with something like Asperger’s Syndrome. Harry’s dying father Norman tells Harry that the disease killing him will also kill his son. Harry is determined to find a cure and discovers that old experiments conducted by Peter’s deceased father (Campbell Scott) created the spiders that gave Peter his powers and may also save Harry. Around the same time, Max gets shot with a zillion bolts of electricity and falls into a tank of electric eels and is turned into Electro, a mentally unstable human lightning bolt. Somehow all of this swirls together into a typically overstuffed – though mostly coherent, in this case – comic book movie plot.

While Foxx and DeHaan munch on a good amount of CGI scenery being crazy and dastardly, the scenes between Garfield and Stone and Field are lovely. Garfield is a more relaxed and much funnier Peter than Toby Maguire was in Raimi’s films, and his dialogue with Stone is so sweet, wry, and believable that I wished Webb had directed them in a romantic comedy instead of a superhero film. Garfield’s scenes with Field are similarly affecting. Unfortunately, half of the film is focused on clichéd superhero action that may have might as well been animated.

Spoiler alert: Halfway through The Amazing Spider-Man 2, I remembered the whole point of Gwen Stacy: She is there to die. Most Spider-Man fans probably only think of Peter Parker being with Mary Jane Watson, but in for the first decade of his character’s existence, he is with Gwen, a character and a relationship then beloved to fans. In 1973, just as in this latest film, she is killed during a battle between Spider-Man and the Green Goblin. The reverberations of Gwen’s death was expansive in the Marvel Universe, and to comic books in general, as it marked the end of the optimistic innocence of superheroes and a turn to darker stories. It is clear from the last ten minutes of The Amazing Spider-Man 2, her death has profoundly changed Webb’s version of Peter Parker and, assumedly, this change will be central to the plot of the next movie. Whether this will lead Webb to create a more interesting and compelling film is debatable.