Do we really want to go back? 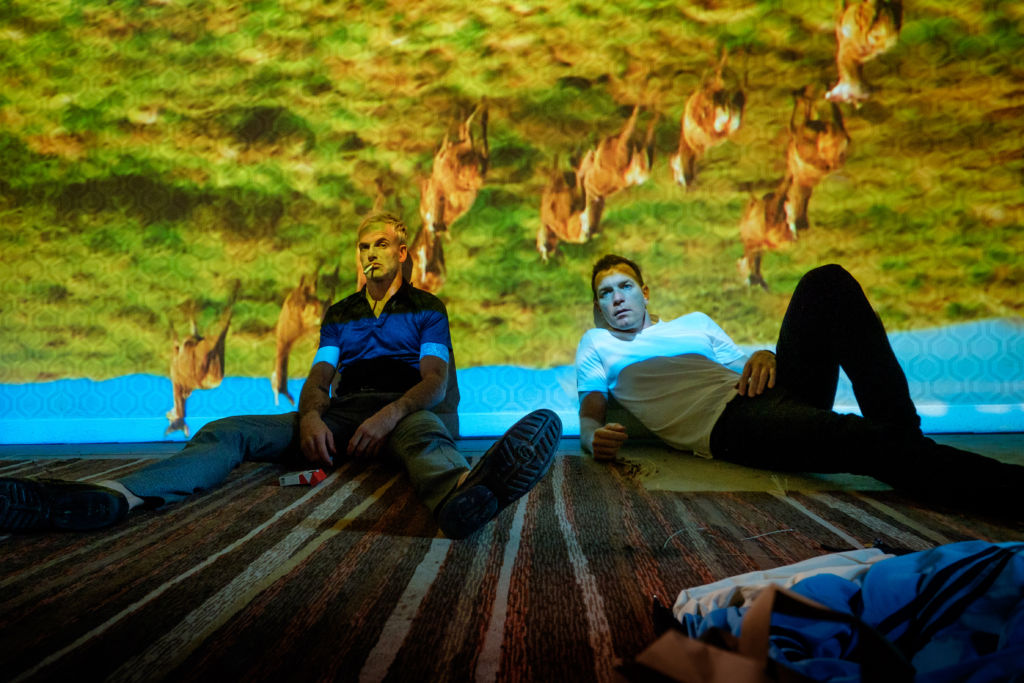 Trainspotting is the great film of the 1990s counterculture, its decade’s Easy Rider or Rebel Without a Cause. The tone poem about heroin addiction, friendship and the idiocy of youth among the Scottish working class arrived in the United States in the summer of 1996 laden by the weight of a Miramax publicity juggernaut, the massive popularity of Irvine Welsh’s novel of the same name and a burgeoning moral panic. Mothers and politicians were ringing their hands over a new heroin epidemic that had either been presaged or revealed by the heroin chic of Kate Moss and James King.

Opportunistic pundits argued that Trainspotting glamourized heroin, while people who had actually seen the film argued that it did just the opposite by providing us with some of the most indelible images of drugged degradation and sorrow in Western culture. The film catapulted to fame its stars Robert Carlyle, Jonny Lee Miller, Kelly McDonald and especially Ewan McGregor while announcing Danny Boyle as one of the great directors of the era. The film is a wildly imaginative kaleidoscope of music cues, tableaus and postmodern pastiche; it’s beautiful, horrifying, hilarious and deeply sad.

Why on earth would you make a sequel? It would seem like a bad idea: the first film was too iconic, the stakes would be too high. Welsh wrote a sequel called Porno and Boyle and Trainspotting screenwriter John Hodges almost made it in the mid-2000s, but Boyle has said, rather bluntly, that “it felt really not-good-enough, so we abandoned it.” Welsh’s story was an uninspired caper, and Boyle felt they were only making it for the money. After ten years pondering, Hodges and Boyle came up with something that was neither silly nor cynical. T2 Trainspotting is an inspired meditation on the very personal experiences of guilt and nostalgia and the culturohistorical problems of alienation and the ravages of capitalism.

Twenty years after the end of Trainspotting, after he stole the proceeds of a heroin deal from two of his friends, Renton (McGregor) returns to Edinburgh. He’s there to reconnect with his family and Spud (Ewen Bremner) and Simon, also known as Sick Boy (Miller). Renton had secretly given Spud his fair share of £4,000 (which Spud promptly shot up his arm), but he’d stiffed both Simon and their sociopathic compatriot Begbie (Carlyle). Renton arrives just in time to stop a despondent Spud from committing suicide, and when he finds Simon, who has traded heroin for cocaine, the two have a vicious, but slapstick, barroom brawl, and Renton gives him the money he’d stolen.

Along with Simon’s arch, wise-beyond-her years girlfriend Veronika (Anjela Nedyalkova), Renton, Spud and Simon revisit their friendship under the backdrop of the collapse of Edinburgh’s council houses and encroaching gentrification. Simon is secretly planning to betray Renton at some point as revenge, but when Begbie shows up, escaped from jail and struggling to connect with his son, he protects his friend with a complicated lie. Eventually, the schemes, lies, drugs and their various levels of competence at dealing with the modern legitimate world collide in a mess that seems quite fitting for our antiheroes.

T2 could not possibly be what Trainspotting was: a revelation, a representation of the zeitgeist. But in jettisoning Welsh’s parochial nihilism, Boyle and Hodges have made a movie about something much bigger than addiction and loyalty. They are bemoaning both the isolation of our hyper-mediated, deeply shallow culture and our nostalgic yearning for a past that never really existed. In giving us more complex versions of these famous characters – even Begbie’s behavior gets sympathetically explained – their plights seem more like our plights and thus more moving and more upsetting.

Renton’s revision of his classic “Choose Life” monologue that opened the previous film is a sublime and devastating ode to the loneliness and hopelessness of late capitalism. In having characters revisit the locations of many of the first film’s scenes while also strolling through the ruins of the British welfare state, the film both embraces and mocks its characters’ nostalgia. The characters do it, too: Simon snidely derides Renton’s too-fond memories of their youth in one of the film’s darkest moments. I felt implicated, too. Hodges and Boyle seem to be criticizing the audience for trying to rekindle its romance with Trainspotting and 1996. Do we really want to go back?