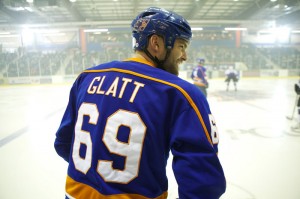 I totally loved Goon. Read it here, or here:

For a few years in the 2000s, one of my roommates was a skinny hipster Canadian who loved Belle & Sebastian and Alice Munro and David Cronenberg movies, and so it was surprising to me that the mix he made for the road trip we took to Montreal opened with the theme song to Hockey Night in Canada. Canadians like their hockey, and I think outside some areas of New England, most of the United States has no clue what all of that is about. I think many us think that it’s just bearded dolts in mullets beating each other up on ice skates. I know that this isn’t really what’s going on, since hockey is a sport that involves a great deal of athleticism, training and skill.

But like the baseball fans who love the HBO baseball satire Eastbound and Down(or Major League, back in the day), I think even the most die-hard hockey fans will adore the hilarious paean to hockey thuggery Goon. Ostensibly based on a true story, Goon is about a Massachusetts bar bouncer who becomes the star enforcer – also known as an assassin or a goon – in minor league Canadian hockey. It’s sort of like a hockey version of Invincible, in which Mark Wahlberg plays a bartender who becomes a Philadelphia Eagle. Goon, however, is a not really an inspirational story; it is a broad, filthy and violent comedy whose clear inspiration is the 1977 Paul Newman comedy Slap Shot.

Seann William Scott plays Doug Glatt, the bouncer-turned-goon, and this is the first time I have seen him not play the same wise-cracking, occasionally lovable jerk he’s been typecast as since American Pie. Glatt doesn’t crack wise mostly because he’s as dumb as a hockey puck; he’s also sweet as candy corn and cute as a button, if there are buttons that look like muscle cubs. Since his father (Eugene Levy) and gay brother (David Paetkau) are both doctors, he feels particularly left out. But when he beats the crap out of a professional hockey player for calling him a faggot (“My brother’s gay! Take that back!”), and Glatt’s victim’s coach asks him to join the team as its assassin, Glatt finally feels as if he has something to do.

With his amazingly crude best friend Ryan (Jay Baruchel, who co-wrote the movie) as his cheerleader, Glatt becomes the next star goon, a space left open when the gooniest of goons Ross Rhea (Liev Schreiber, basically reprising his role as Sabretooth from Wolverine) is suspended for 20 games after a particularly vicious hit on the ice. He quickly is hired at a minor league team in Halifax, Nova Scotia, and the rest of the movie follows a typical sports film trajectory: rival players, foul jokes, injuries, suspensions, and a love interest (the wonderful Alison Pill being wonderful). There’s also a lot of bloody, often very funny fist fights, all leading up to the inevitable play-off game and battle between Rhea and Glatt.

I loved almost every second of Goon. Playing stupid, loyal, and truly good, Scott has never been better; while he’s usually very funny, he’s never been as deeply sympathetic or as believable as a romantic lead. Baruchel is doing what he normally does, which is loud and geeky and dirty, but working with his own lines, he steals most of his scenes. Pill is not just a love interest. Her cynical, self-proclaimed slut is conflicted and surprised to be in love, though after 90 minutes of watching Scott as Doug Glatt, no one else is.