I had a sad 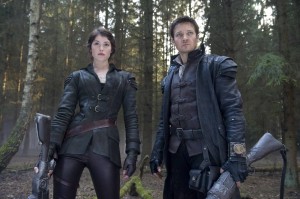 I used to love to write bad reviews. Back in the late 90s, when I was lucky enough to review movies for Newsweek.com, I was actually only lucky to get the stuff none of the real critics would bother with: crappy teen comedies, really weird foreign films, and second and third-rate action movies. Every week I would figure out new ways to trash them; I was thrilled when someone said, “Ted’s review is scathing.” One of my proudest moments was when Yahoo! News published a story about the wretched reviews of Battlefield Earth and quoted mine in the introduction and conclusion of the article.

Now, as I approach 40, I find very little pleasure in that sort of negativity, even in those nearly pyrotechnic slams that some critics (like The New Yorker’s Anthony Lane or The Austin Chronicle’s Marc Savlov) specialize in. Either it’s the antidepressants, an overload of empathy, or just simple maturity, but I don’t really want to participate in the blood sporting free-for-all that occurs whenever Lindsey Lohan or Michael Bay make a movie. Now, instead of seeing a bad movie and giddily imagining how I can shred it in print, I get sad.

And so Hansel & Gretal: Witch Hunters made me really, really sad. I thought about all of the people involved – not just Jeremy Renner (Hansel) and Gemma Arterton (Gretel) and Famke Janssen (a mean witch) but the key grip and the best boy and the effects designers and unit publicists – and how they toiled for months, how tens of millions of dollars were spent, and for all that work, this is what they got: a boring and forgettable mess of fantasy action that misuses and or underuses its cast, crew, and source material. What a sad waste.

Even though the wildly revisionist interpretations of fairy tales are being overdone (Red Riding Hood, Snow White & The Huntsman, this spring’s Jack the Giant Slayer), being trendy doesn’t necessarily mean being bad. Many of the superhero movies, for instance, have managed to be pretty good while also being omnipresent. Obviously, it’s all in the execution. In Snow White & The Huntsman, many of the visuals and Charlize Theron’s performance were both inspired. The only thing approaching inspiration in Hansel & Gretel: Witch Hunters is the idea: making a movie about how Hansel and Gretel grow up to become witch-slaying mercenaries. Everything else – the script, the acting, the special effects – was perfunctory.

Instead of coming up with mean quips for this review, as I watched the movie, I started a list of ways it could have been better: Hire a screenwriter with a ribald and weird sense of humor, because Tommy Wirkola’s attempts at making light fun of the film’s conceit were too tame and too clichéd; push the art direction either into Tim Burton’s stylized horror or Peter Jackson’s terrifying specificity, because the vaguely pre-modern German sets Wirkola had built were both too literal and cartoonish; don’t film in 3-D unless you have more than exploding shrapnel, swinging swords, and speeding bullets to play with; don’t hire an actor of Jeremy Renner’s skills or stature and then not give him anything to act with.

I don’t think I was sad because I expected Hansel & Gretel to be good. It was released in that period after the holidays when the studio’s weakest offerings are dumped. The ads for the film have been relentless, and often the number of ads run for a film before its opening tends to be inversely proportional to its quality; if you can’t rely of word-of-mouth, you have to rely on a battering ram of marketing. No, I was sad because the film was a waste of time, money, and talent. There’s no joy in making fun of that.