I want Bernie to be my friend 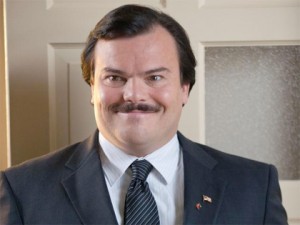 I laughed. And laughed.

Bernie is based on Skip Hollandsworth’s 1998 article in Texas Monthly titled “Midnight in the Garden of East Texas.” It was so titled because of its similarity to John Berendt’s massive bestseller Midnight in the Garden of Good and Evil: a picturesque small town, a weird murder, bizarre and hilarious supporting characters, and a protagonist who is as gay as he is loved by the town’s little old ladies. But Bernie is quite unlike Clint Eastwood’s film based on Midnight; it’s good. Fascinating, odd, and very, very funny, it’s my favorite Linklater film (he also made Dazed and Confused and Before Sunset, among others), and it is without a doubt the performance of Jack Black’s career.

Bernie Tiede is a funeral director in Carthage, Texas, a town that the Chamber of Commerce is thrilled to be noted as one of the best small towns in America. Despite his somewhat gruesome job, the rotund and relentlessly positive Bernie is one of the most beloved citizens of Carthage. His fastidious attention to detail means that the deceased are beautiful in their caskets and the grieving are treated with enormous care and doting attention. He also can sing gospel like a pro, and his performances at both funerals and in church place him at the center of everything wholesome and godly in Carthage. Always smiling, unfailingly polite, and as charming as any closet Southern homosexual ever has been, Bernie is not surprisingly the object of many an aging Carthaginian lady’s affections. And he enjoys their company, too.

When he becomes the best friend and de facto servant of the richest and nastiest woman in town, Marjorie Nugent (Shirley MacLaine), Bernie enjoys fancy restaurants, vacations to Europe, and access to a great deal of money. It also means putting up with a lot of abuse. When he finally snaps, the town is confronted with a dilemma: What do you do when someone you love does something that’s unlovable? Well, in Carthage, it turns out, you stick by him. But the ridiculous blow hard of a District Attorney, Danny Buck (Matthew McConaughey), is determined to get Bernie.

Spliced between the main events of this story are documentary-style interviews with the townspeople, Bernie’s co-workers, his friends, and people who knew and mostly loathed Nugent. These interviews, which are full of gossip and brilliantly funny Southern witticisms, are acted and directed so well that I assumed that Linklater was using actual Carthaginians. When I discovered that they were all actors, and I was in awe. I had just assumed that the guy who groused about moving the trial to another town was a real person who had come up himself with the insult that the other town as full of “cousin-counting rednecks with more tattoos than teeth.”

Black, who has been typecast as a loud and crazy fat guy since he broke through in High Fidelity, has never had as good a role as Bernie and he’s never been as controlled, subtle, or funny. All of his performances have been physical, and this one is, too, but in Bernie, his command over his body – whether it’s Bernie slight duck walk, his dancing in a production of The Music Man, or just smiling at an old lady – is pinpoint perfect.

MacLaine is wonderful acid as Marjorie, though she seems to have channeled Ouiser Boudreaux from Steel Magnolias to play the role. Just much, much meaner. McConaughey, however, is outclassed by Black, MacLaine, and the unknowns playing the townspeople. McConaughey has some good lines, but he treats his character as a broad joke. Linklater, who could easily have mocked the town and the events, has made a great comedy, but it is much more smart, subtle, and sympathetic than McConaughey seems to have realized.