The past is prologue 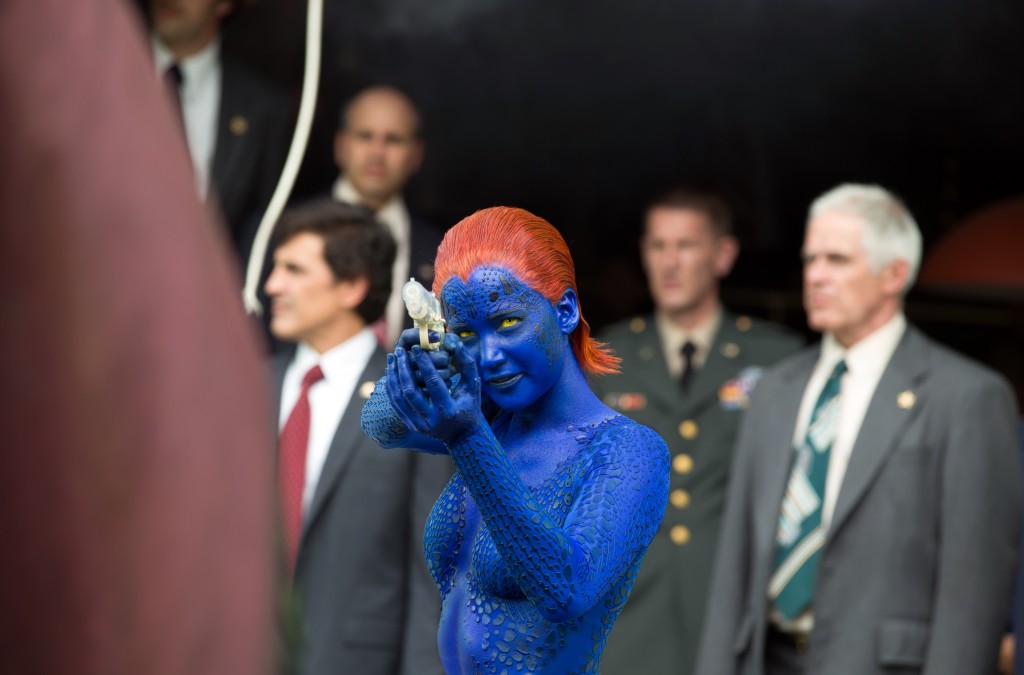 The X-Men storyline called “Days of Future Past” appeared in issues 141 and 142 of The Uncanny X-Men in January and February, 1980. I first read it in mid-1980s when I was 12 or so and had just discovered the comic about outcast mutant superheroes. The story has haunted me ever since. It is set in horrifying dystopian future of 2013, when giant robots called the Sentinels have started a world war after slaughtering or enslaving all the mutants they can find. Among the few remaining are a handful of aging X-Men and their progeny. Kitty Pryde, who in 1980 is the newest and youngest of the X-Men at 13, is one of the survivors and she and Rachel Summers, the daughter of Cyclops and Jean Grey, have a daring plan to fix the world. They are going to send Kitty’s consciousness back to her 1980 body and convince the other X-Men to stop the assassination of anti-mutant demagogue Senator Robert Kelly, whose death at hands of shape-shifting Mystique and her Brotherhood of Evil Mutants justifies the anti-mutant hysteria and leads to the building of the Sentinels. “Days of Future Past,” as created by writer Chis Claremont and artist John Byrne, inarguably the greatest X-Men storytellers, was extraordinarily dark and full of death and existential dread, which was almost unheard of in mainstream comics at the time.

“Days of Future Past” is considered one of the most influential narratives in not just comics but science fiction in general, and it was adapted twice for animated X-Men televisions in the 1990s, and it is the basis for Bryan Singer’s latest X-Men movie, his third and the franchise’s seventh since 2000. While “Days of Future Past” is as perfect a story as any in comics history, Singer and screenwriter Simon Kinberg drastically changed it for their film, partly because the Singer had decided (and was inexplicably allowed) to recreate and remythologize the X-Men for the first film, X-Men, back in 2000. In the latest film, it is franchise star Wolverine (Hugh Jackman) who is sent back, and this time it is to 1973, when Mystique (Jennifer Lawrence), by herself, is going to kill Bolivar Trask (Peter Dinklage), the inventor of the Sentinels.

Wolverine is sent by Professor X (Patrick Stewart), Magneto (Ian McKellen), and Kitty Pryde (Ellen Page), who somehow has developed the super-psychic powers needed for the time shift. He is tasked with convincing a young and depressed version of Professor X (James McAvoy), the Beast (Nicholas Hoult), and a superfast juvenile delinquent named Peter (better known as Quicksilver, played Evan Peters) to break young Magneto (Michael Fassbender) out of prison and stop Mystique, who at a younger age was the Professor’s adopted sister and Magneto’s lover. Meanwhile, in the future, the surviving X-Men, including Storm (Halle Berry), Iceman (Shawn Ashmore), and Bishop (Omar Sy), must battle the Sentinels to protect the Kitty and Wolverine’s entranced body.

If it sounds a bit overstuffed with superheroes, it certainly is, but Singer and Kinberg manage it well by making sure that only the drama in 1973 has any emotional heft, and giving the future’s characters barely any lines. (Oscar-winner Berry, for instance, is fifth billed and speaks maybe four times. Anna Paquin, another Oscar-winner, is seventh billed and doesn’t even speak during her one-second appearance, as her one real scene was cut from the film. No wonder the movie cost $200 million to make) McAvoy’s Professor X, who must find a way to escape wallowing in self-pity to save the world and mutankind, is the only character with a believable arc, since Fassbender’s Magneto changes his mind for unwritten and perplexing reasons, Mystique’s motivation never wavers, and Wolverine is always the same: kick ass, save the world, smoke a cigar, have mournful thoughts about Jean Grey.

Despite the thinness of the characters and the continued bastardization of the X-Men’s best stories, X-Men: Days of Future Past is still a pretty great action film, and undoubtedly the best of the franchise. Singer and Kinberg keep the adrenalin pumping from the first scene and only let up for scenes of exposition that are probably only too short for film critics. The massive superhero battles are choreographed well, and the production design, of both the 1970s and the dystopia, is impeccable. I have a hard time cheering for Singer, who is embroiled in a sexual assault lawsuit that few in gay Hollywood find remotely surprising, but X-Men: Days of Future Past is a triumph for him, his best film since his classic The Usual Suspects.

Turns out, you already know Jack

During the first third of so of Jack the Giant Slayer, among the battalion who accompany Jack on the quest to rescue the princess and kill some giants is one particularly handsome, rather strapping bald-headed knight who has a couple of lines before meeting his demise. While I was reading through the IMDb page for the film, I saw his picture, discovered the actor is named Mingus Johnston, and his character is named Bald. This, in a microcosm, is what wrong with Jack the Giant Slayer: it’s as obvious as its fairy tale source and as creative as, well, naming the one bald character “Bald.” With a budget of $195 million, I would think producer and director Bryan Singer would have been able to afford an original idea. END_OF_DOCUMENT_TOKEN_TO_BE_REPLACED