The train to nowhere is the only train 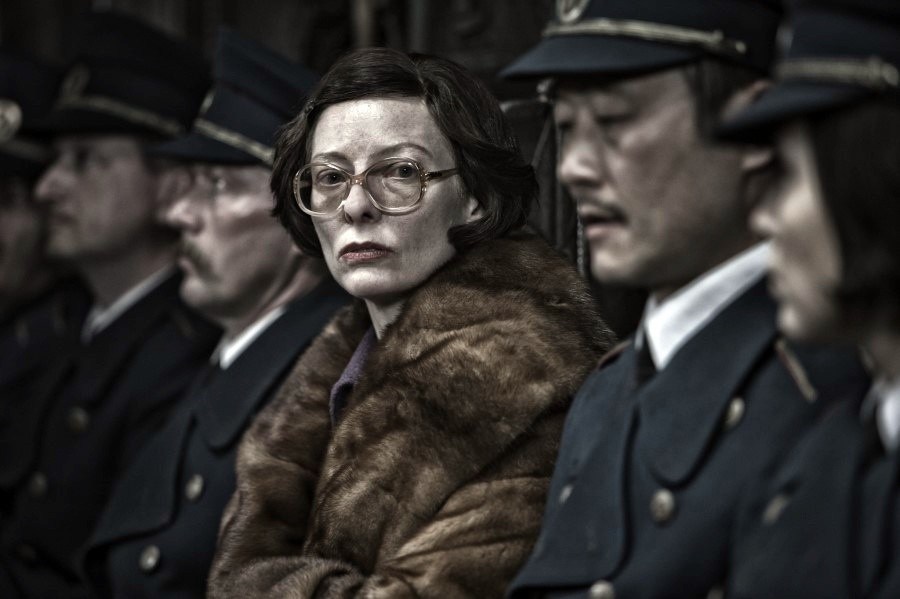 For the last year, much of the discussion of Snowpiercer focused on the public fight between director Joon-ho Bong and Harvey Weinstein, the independent film mogul and owner of the Weinstein Company, which has the distribution rights to the film in the United States. Weinstein wanted the acclaimed version film seen overseas cut and, according to some reports, a voiceover added. This immediately caused ripples among the film community, because it was the added voiceover and happy ending to the original cut of Blade Runner that enraged so many people, particularly its director Ridley Scott. And Snowpiercer, Bong’s first English-language film and full of international stars, is considered by some to be as important a film as Scott’s 1981 masterpiece; time will tell on that end, but those fans are not crazy to make that prediction. Bong, the great Korean director of the modern classics The Host, Mother, and Memories of Murder, prevailed, and Weinstein released the original cut to select theaters. It’s an astonishing film, breathtaking in its visuals, bleak in its plot, and enraging in its refusal to do what most American audiences expect from their science fiction action films.

The film is set in 2031, 17 years after an attempt to fix global warming goes horribly wrong, freezing the planet and killing all life. All life except for those who made it onto a long, high-tech train on a constant circumnavigation of the planet. The train was built by a visionary inventor named Wilford, who predicted the environmental calamity and manages the miraculous engine that keeps the train moving and its inhabitants alive. While the train features greenhouses, a fish farm, livestock, a school, restaurants, clubs, these luxuries are available only to the riders in the front of the train.

In the back, the riders live in squalor, surviving on blocks of mysterious, rubbery protein and subject to the violent whims of Wilford’s brutal security forces who steal the riders’ children and freeze the limbs off riders brave enough to fight back. These tail riders are plotting a revolution at the beginning of the film, with Curtis (Chris Evans), Edgar (Jamie Bell), Tanya (Octavia Spencer), and the tail riders’ de facto leader Gilliam (John Hurt) trying to find the best moment to push through to the other cars, past the security forces and their absurd, saccharine chief, Mason (Tilda Swinton). When they do, recruiting the drug-addicted engineer Namgoong (Song Kang-ho) and his daughter Yona (Go Ah-sung) to open the doors, things get very bloody, and as they pass through the various cars, very weird. As the film progresses, the critique of caste-like hierarchies and fascistic social manipulation becomes explicit and uncomfortable. Don’t expect a Hollywood resolution, since Bong has always refused happy endings.

While the plot and themes are bleak and get only bleaker, Bong’s trademark mix of humor and horror manage to make the process entertaining. The fights scenes are gorgeously shot by cinematographer Kyung-pyo Hong, if Bong’s use of slow motion violence is perhaps clichéd at this point, even when filmed with such care and skill. The art direction of the different cars – from concentration camp filth to baroque splendor – is a marvel, and Stefan Kovacik will undoubtedly find himself nominated for various awards at the end of the year. The screenplay that Bong and Kelly Masterson (Before the Devil Knows You’re Dead) adapted from the graphic novel of the same name is smart and unnerving, but it is not seemless, as the plot holes appear if you think about it for too long. The acting is more consistent. Evans gives a wrenching, horrific speech at the end of the film that towers over anything he’s ever done before, while Song, the star of Memories of Murder, and Go, the heart of The Host, are both thrilling in their confused desperation. Spencer, Bell, and Hurt do great character work; it’s fantastic to see Spencer, an Oscar winner for playing a vengeful maid, as an action hero. Swinton’s performance, however, is the most memorable, not only because of the mannered speech and creepy dentures, but also for her communication of banal, mercenary evil.