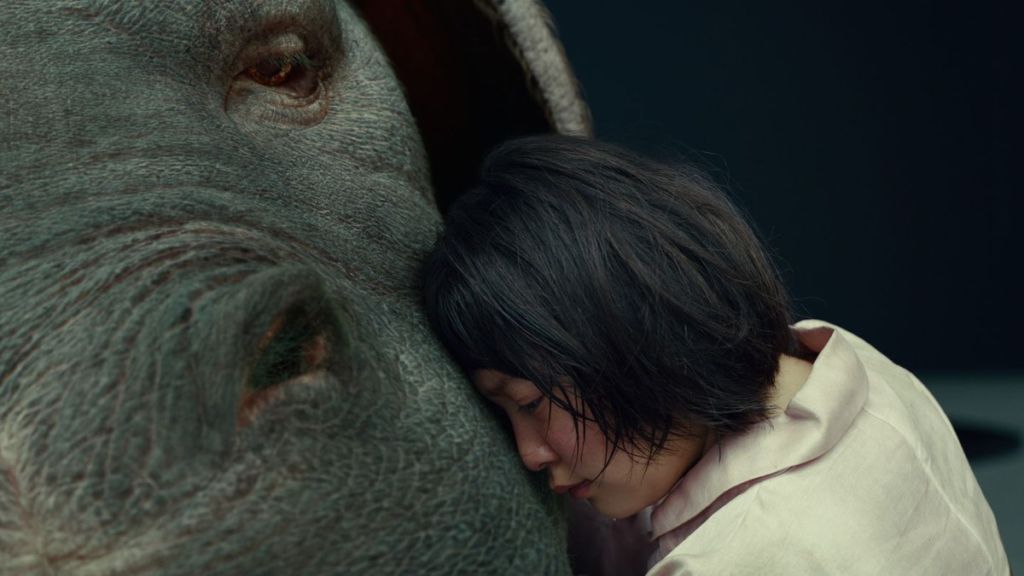 I think the best reason to applaud the ascendance of the Netflix and Amazon TV and film studios is their willingness to fund the ambitious projects of artists like the Wachowskis (Sens8), Jill Soloway (Transparent), and Aziz Ansari (Master of None) — and now Bong Joon Ho, who directed the insane, groundbreaking Snowpiercer, as well as the modern Korean classics Memories of Murder, Mother, and The Host. His latest, produced and distributed by Netflix, is Okja, a scathing sci-fi satire about greed, family, factory farming, and a giant mutant pig with a heart of gold. By Bong’s standards, it’s a lesser film, but better than the vast majority of films available in theaters: hilarious, sad, horrifying, poignant, and daring.

Tilda Swinton plays Lucy Mirando, the CEO of a Monsanto-like corporation founded by her sociopathic father and recently run by her similarly amoral sister Nancy. Lucy has severe platinum blonde bangs and a cheery affect and determination tinged with a cynical worldview. At the beginning of the film, she also has a slight lisp from braces. She’s Karen Crowder from Michael Clayton (a role that won her an Oscar) after heaps of Prozac and a shot of adrenalin, probably synthetic. Lucy is trying to rehabilitate her company by raising superpigs who will feed the world, and in a less-than-believable way to publicize it, she’s hosting a contest to see which farmer can raise the best one. The contest is hosted by Johnny Wilcox, a deranged former animal show host played with bonkers abandon by Jake Gyllenhaal.

Ten years later in rural South Korea, young Mija (Seo-Hyun Ahn) and her grandfather (Byun Hee-bong) have raised their superpig Okja by letting it roam freely around their mountain home. Okja is Mija’s best friend, looking like a porcine hippo and acting like a cross between Lassie and Wilbur from Charlotte’s Web. Mija thinks that her grandfather has bought Okja from Mirando, but discovers he’d lied to her after Wilcox shows up with a camera crew and takes Okja away. Enraged and resolute, Mija travels to Seoul to save Okja but she’s met with Mirando’s paramilitary forces and an animal rights terrorist group headed by a soft-spoken, tie-wearing man named Jay (Paul Dano). There’s an epic chase scene, capitalistic machinations, and Okja ends up in New York, where multiple horrors await. But Lucy sees Mija as a way to stave off a public relations disaster, and Mija flies across the world for the unveiling of Okja as the winner of the super pig contest. Things don’t go as planned for anyone; the third act is outrageous, as action comedy and as horror.

Throughout his oeuvre, Bong has threaded trenchant political commentary into genre plotting, sometimes more obvious than not. While Okja has similarities to The Host, with a young girl protagonist and a collection of clueless professionals dealing with an impossible creature, most non-Korean viewers needed to have its political references and positions explained. Okja is an obvious and contemptuous attack on the soulless cruelty of modern slaughterhouse food production and the carelessness of genetic manipulation of animals. Most American films that might have similar politics would be serious-minded Oscar-bait, like Silkwood or Norma Rae. And most animal-child buddy teams appear in G-rated family films like, well, Lassie. Okja, despite its visual style, slapstick moments, and basic plot structure, is decidedly not a kids movie. The violence, to both humans and especially to animals, is nightmarish. No studio would have allowed it, but Netflix gave Bong control, allowing him to make something shocking and profound. Okja should’t be missed and Netflix should be thanked.