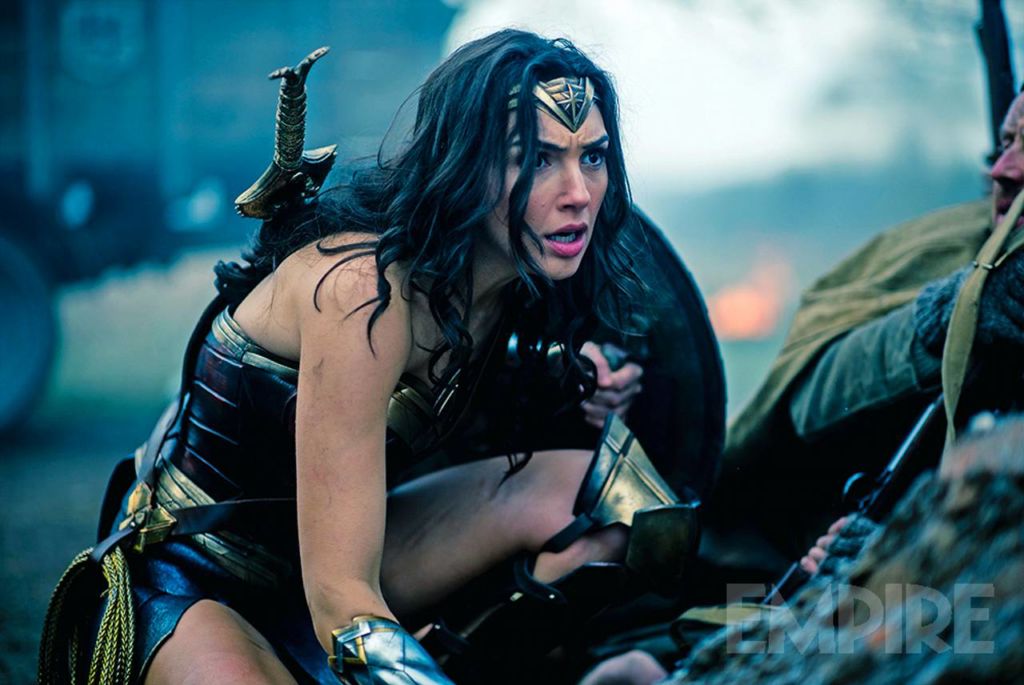 Infamously, since Warner Bros. decided to create a crossover-heavy “universe” with its superheroes, the studio’s comic book films have been at best wrong-headed and underwhelming (Man of Steel) and at worst incompetently made and pointless (Suicide Squad). The fear that they’d screw up a Wonder Woman film after waiting decades to greenlight it was justified. Thankfully, they didn’t screw it up at all. Instead, under the direction of Patty Jenkins, Wonder Woman is the studio’s best superhero film since 2005’s The Dark Knight, perfectly cast, funny, exciting and surprisingly moving.

The character is 75 years old and one of the most iconic superheroes ever created. But until last year’s last year’s inexorable Batman v Superman, which teased this new film, Wonder Woman hasn’t ever made an appearance on film. She hasn’t been seen in a non-animated form since the end of the campy, if delightful, series starring Linda Carter in 1979. Wonder Woman’s absence as the hero of a major TV show or film has been the subject of much consternation among fans, with most assuming film execs’ sexist views about what audiences want to see were to blame. When the Wonder Woman film was announced, fans rejoiced and got nervous: What if it sucked? Would it kill any female-focused future superhero films? It doesn’t suck, and we’ve already been promised a sequel.

Wonder Woman is the nom de guerre of Princess Diana (Gal Gadot) of the Amazons, the only daughter of Queen Hippolyta (Connie Nielsen). The Amazons are an all-female race of stellar warriors created by the Greek Gods (in this version) to fight the war god Ares. Ever since the defeat of Ares, the women have lived on a magically hidden island and trained for his inevitable return. Hippolyta fashioned Diana out of clay, and Diana grew into a willful but powerful young woman. One day, a plane crashes off the island and Diana rescues the pilot, an American spy fleeing the German military. Steve Trevor (a charming Chris Pine) is handsome and dashing, and his stories of the mass death and destruction of the Great War inspires Diana and others to think Ares has returned. Against her mother’s wishes, she leaves with Steve and, amongst a series of feminist fish-out-of-water jokes, they plan to stop evil Germans (Danny Huston and Elena Anaya) from deploying a hideous chemical weapon. Diana is convinced she’s going to find Ares and be able to kill him and thus end all war, while Steve – and their Scooby gang of sidekicks – are unsure Diana is divine or just damn good with a sword and lasso.

There are three reasons Wonder Woman works. Gal Gadot is chief among them, doing the seeming impossible by seamlessly transitioning from tough to sweet, empathic to avenging, naïve to wise, irascible to magnetic, ethereal to funny. Jenkins, who directed Charlize Theron to an Oscar for Monster in 2004, beautifully manages Gadot’s star-making performance alongside those of a tremendous supporting cast that includes Robin Wright, David Thewlis and Ewen Bremner. Her skill at the quiet moments would never have been in doubt, but the effects-laden action set-pieces were as thrilling and occasionally awe-inspiring. And finally, Allan Heinberg’s screenplay does the requisite origin story work while also addressing the meanings of and reasons for good, evil, war and love without the cheese that usually accompanies action film philosophizing.

When I left the movie, I was happy for Wonder Woman, finally done justice in the theater after decades of delays. I was also uplifted by Heinberg’s script, Gadot’s charisma, and, most importantly, by the exhilarated and beaming teenage girls, young women, their mothers, aunts, and sisters who were sitting around me. I wish they hadn’t waited so long for this kind hero, but I’m glad that when it arrived, it was this Wonder Woman.