A romantic comedy that’s both fresh and familiar 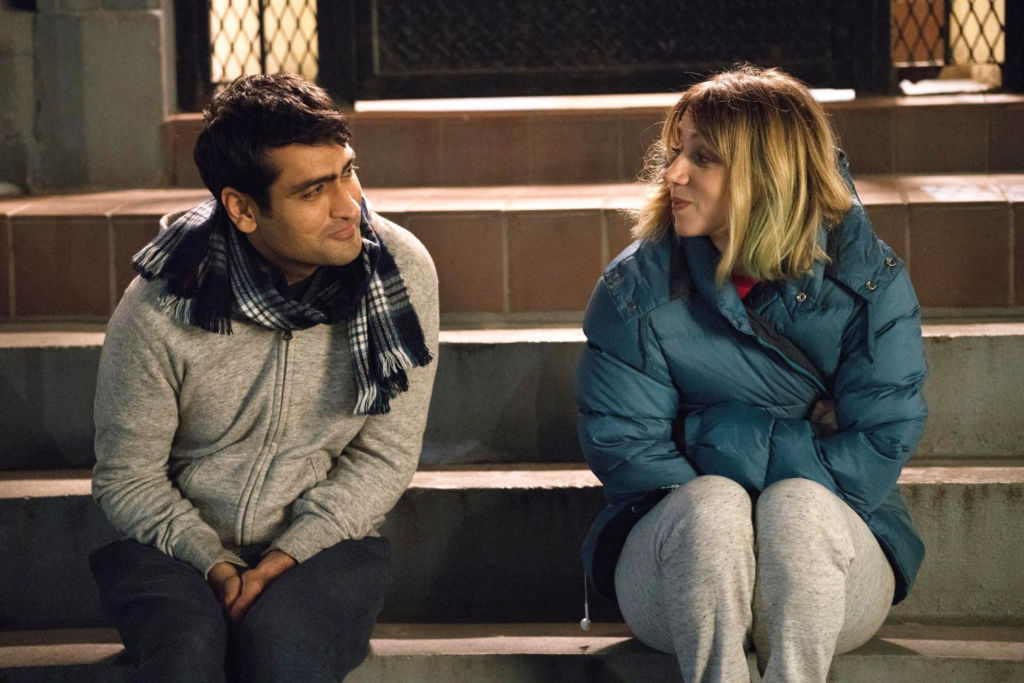 Kumail meets Emily when she sort-of-heckles his standup comedy performance that is centered on his immigration experience. He asks if anyone else is from Pakistan, and Emily, a young blonde woman from North Carolina, woops in response. He joshingly admonishes her, she wittily snaps back, and he hits on her after the show. She makes fun and of his come-on line, claims she’s not interested in dating, and then they fall for each other.

Problems arise, because if they didn’t we wouldn’t have a movie. Some of the problems are unsurprising, like his conservative parents trying to arrange his marriage to a good Pakistani girl. But then it gets surprising. Shortly after Emily figures out why Kumail hasn’t introduced her to his family and dumps him, she gets deathly ill and placed into a coma. He ends up keeping vigil by her bed until her parents show up, and they are predisposed to hate the man who broke their daughter’s heart. Hilarity ensues? Yes, and no.

The Big Sick is based on Kumail Nanjiani and Emily V. Gordon’s actual relationship, with Nanjiani playing a version of himself and fantastic Zoe Kazan playing a version of Emily. The real couple wrote the beautifully realized screenplay, and Michael Showalter, who gave us last year’s under-watched and wonderful My Name is Doris, directs. The film mashes up a number of film tropes – star-crossed lovers, the immigrant experience in America, struggling comedians experiencing pathos, nervous guy meeting his girlfriend’s disapproving parents, and post 9/11 racism – and the result is something totally fresh while also being a little, and nicely, familiar.

The film’s authenticity comes partly from it being a true story, but also because Nanjiani, Gordon and Showalter create a naturalism in both drama and in comedy, with the jokes coming from people who are making them because it’s their job or because it’s the only way to deal with the awkwardness of life.

Nanjiani is the center of the film, and while his shtick as a performer is to be different versions of himself (see, for example, Dinesh in Silicon Valley), he does it very well. In his scenes with his conservative family – Anupam Kher as his father, Zenobia Shroff as his mother and Adeel Akhtar as his brother, all wonderful – he is deferential but still wry, struggling to be the comedian as well as their dutiful son. With his friends at the comedy club, he is more snarky, but he also tamps down his Pakistani-ness unless it’s being used as material. With Emily, he starts out trying to be what she wants him to be, but when she discovers his act, it’s devastating. His inability to integrate his various selves is his fatal flaw.

In trying to deal with Emily’s parents, played by Holly Hunter and Ray Romano, Kumail is forced to confront his mistakes, his fractured identity and his love for Emily. Hunter and Romano are given fantastic roles, much deeper and broader than such characters usually get, and their interactions with Nanjiani are at times nerve-wracking, even upsetting, and then they are hilarious. I can say I both laughed and cried at The Big Sick.