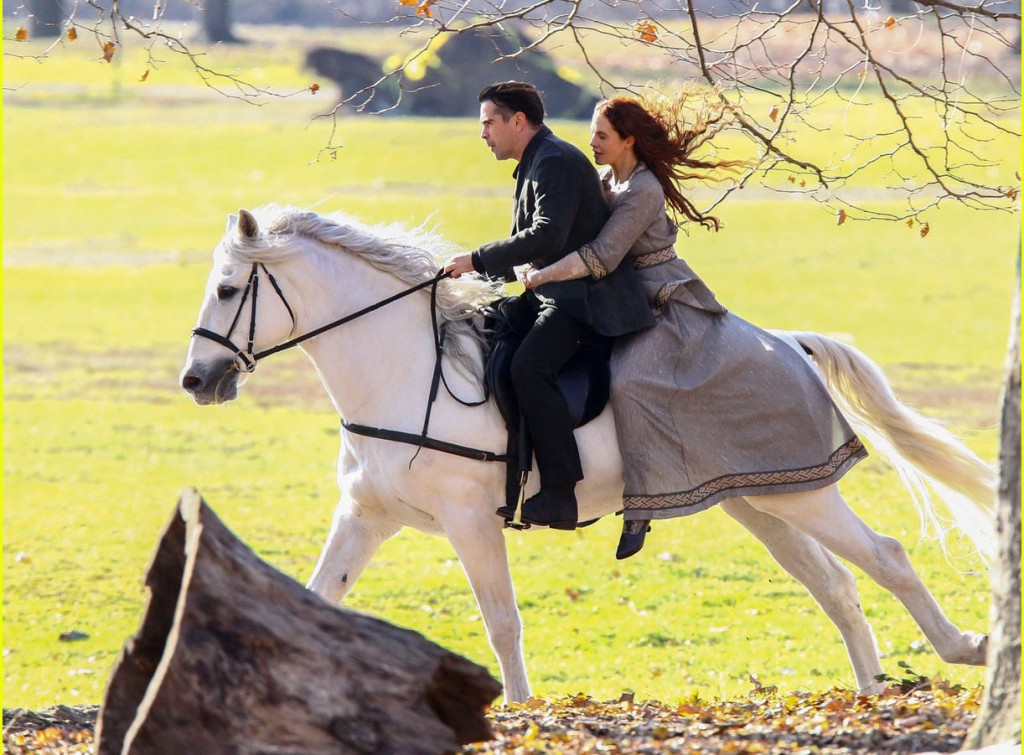 When I told another critic at the screening of Winter’s Tale that it was adapted from a novel many consider to be one of greatest of last quarter of 20th century, I was given a blank stare. As in: Really? Are you kidding me? I don’t know this factoid because I’ve read Mark Helprin’s 1983 novel, which I honestly had never heard of before I saw advertisement for the movie. (And I like to think of myself as, if not well-read, at least aware of which great books I should have read.) I found out when I googled the movie. You certainly wouldn’t get the impression the source material was all that great from the movie, which is the first wonderfully bad, entertainingly bonkers movie I’ve seen in quite some time: Cheese masquerading as profundity, amateur-hour continuity errors, and laughably odd stunt casting.

But, you ask, was it not written, directed, and produced by Akiva Goldsman, who won an Oscar for writing A Beautiful Mind and also wrote the great Cinderella Man? Well, yes. But this is a good time for you to remember that he also wrote Batman & Robin, Lost in Space, and I, Robot. He needs a good director to fix his screenplays, usually Ron Howard, and Goldsman certainly is not that director, let alone Ron Howard.

Here’s the story: In the winter of 1916 in New York City, Peter Lake (Colin Ferrell) is a talented, self-effacing thief running from the minions of Pearly Soames (scenery-chewing Russell Crowe), who at first seems to be a sociopathic mobster but turns out to be an actual demon. Just as Peter is about to escape from New York, his mysteriously intuitive white horse indicates that he should rob a mansion. He breaks in and discovers, befriends, and falls in love with the free-spirited, delightful, and consumptive Beverly Penn (Jessica Brown Findlay, best known for playing the similar and similarly doomed Lady Sybil on Downton Abby).

Pearly finds out about Beverly after going into a fugue state and drawing a picture of her in blood, and he tries to kidnap her in order to draw Peter out. But Peter saves Beverly on his white horse, which sprouts wings when they jump off a cliff. They walk along the frozen Hudson River until they reach the Penn’s country mansion, where Beverly’s father (William Hurt) almost instantaneously accepts a poor thief as his daughter’s suitor. I guess his reasoning is: She’s dying. Does it matter?

For some mystical reason, Pearly can’t leave New York City to go after Peter unless he asks permission of Lucifer. As in the Devil. Who is played by a lazy Will Smith. Since Smith shows up pretty early, this is not a spoiler, but the shock of seeing him in this already oddball movie caused the screening audience to burst out in laughter. Other totally bizarre cast members include Kevin Duran, Norm Lewis, Graham Greene (playing, really, another wise Indian), and Oscar winners Jennifer Connolly and, most absurdly, Eva Marie Saint. Saint’s character is eight in 1916 but inexplicably still alive and working as a publishing company’s CEO in 2014, when the film’s third act takes place. Peter is also still alive, but he’s the same age as he was in 1916, still making Pearly very angry, and still friends with that white horse. Because magic.

Thematically, the film is saying something about love, destiny, selflessness, miracles, and the balance between good and evil, but even if it’s clear in Helprin’s book, Goldsman turns it all into a muddle of clichéd platitudes and simplistic swooning. His use of the green screen effects are messy and error-ridden, he uses the score to announce every emotion, and his editing is so ham-fisted that he can’t even manipulate a tear during the sad-sappy death scenes. Worse, in the one scene that Russell Crowe bears his impressive chest, it’s shaved clean. I blame Goldsman for that, too.