Don’t ever join a circus 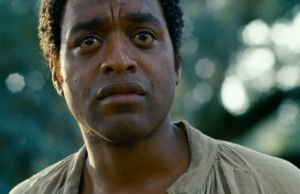 I think it is possible to write a review of 12 Years a Slave and focus solely on its merits as a film, whether it will win Oscars, and how it could be already a classic. I think that would easily elide what the film, and what films like it, do to and do for viewers, particularly Americans. Repeatedly, slavery has been called America’s original sin; the country was founded on, grew powerful because of, fought a war over, and still reels from slavery and its structural, cultural, and emotional legacies. Except for those who absurdly deny racism’s continual presence and power in the country (and the world), none of this is debatable. However, it can be forgettable, particularly for those who do not knowingly experience or notice the role that slavery continues to play in the everyday lives of Americans. This is why films that detail the horrors of the past are so necessary. They remind us what we should not forget.

12 Years a Slave is based on the 1855 autobiography of Solomon Northup, played in the film by the great British actor Chiwetel Ejiofor. Solomon was born free and educated in upstate New York, becoming a carpenter and violinist. While his wife and children are away, he agrees to play the violin for a traveling circus for a few weeks; its owners kidnap him and sell him into slavery. As a man used to being treated with respect by whites, he is astonished by his treatment by the slavers: taunted, beaten, and beaten again.

Solomon is renamed Plat and sold to a man named Ford (Benedict Cumberbatch), who, compared to most slave owners, is kind, empathic, and when he realizes Solomon’s skills, respectful. But Ford’s overseer Tibeats (Paul Dano) is threatened and attacks Solomon, who fights back, which is something slaves did not do. In order to save Solomon from Tibeats’s wrath, Ford sells Solomon to Edwin Epps (Michael Fassbender), a psychotic drunk with an angry wife (Sarah Paulsen) and an obsession with a young slave girl named Patsey (Lupita Nyong’o). It is on Epps’s plantation that Solomon experiences and is nearly defeated by the worst horrors of slavery.

Throughout these chapters of cruelty and evil, Solomon repeatedly speaks of never despairing and never losing hope. He says these words but his face belies many misgivings; he does not believe himself. He is in agony, and he is outraged and he is terrified. Ejiofor’s performance, shifting between perseverance and despondency, fear and courage, is impeccable and impressive. Nyong’o’s Patsey suffers more profoundly than anyone in the film, and watching it happen is agonizing and disturbing. Fassbender represents in one man the confusing evil of the slave culture and yet makes him oddly, uncomfortably sympathetic.

Ultimately, it is director Steve McQueen, a British video artist turned feature film director, who makes Solomon’s story, as adapted by John Ridley, into both art and historical warning. He never flinches from depicting pain and shame, from the act of vicious beatings to its physical toll, and he elicits performances from his actors that resonate these experiences far beyond what would seem to be possible with acting. His visuals – from tableaus of slaves blankly listening to their captors to Louisiana landscapes at dawn and dusk – are unnervingly beautiful counters to the horrors of the human drama.

I read a comment posted on the Internet that described, derisively, 12 Years a Slave as The Passion of the Christ about slavery. Whatever Mel Gibson’s faults, his goal in the latter film was to remind viewers of the suffering of Jesus. This is what McQueen, Ejiofor, and Nyong’o do. They remind us of the suffering of Northup and Patsey, and so many others. And they remind us of what and who caused it.