A modern western thriller with a conscience 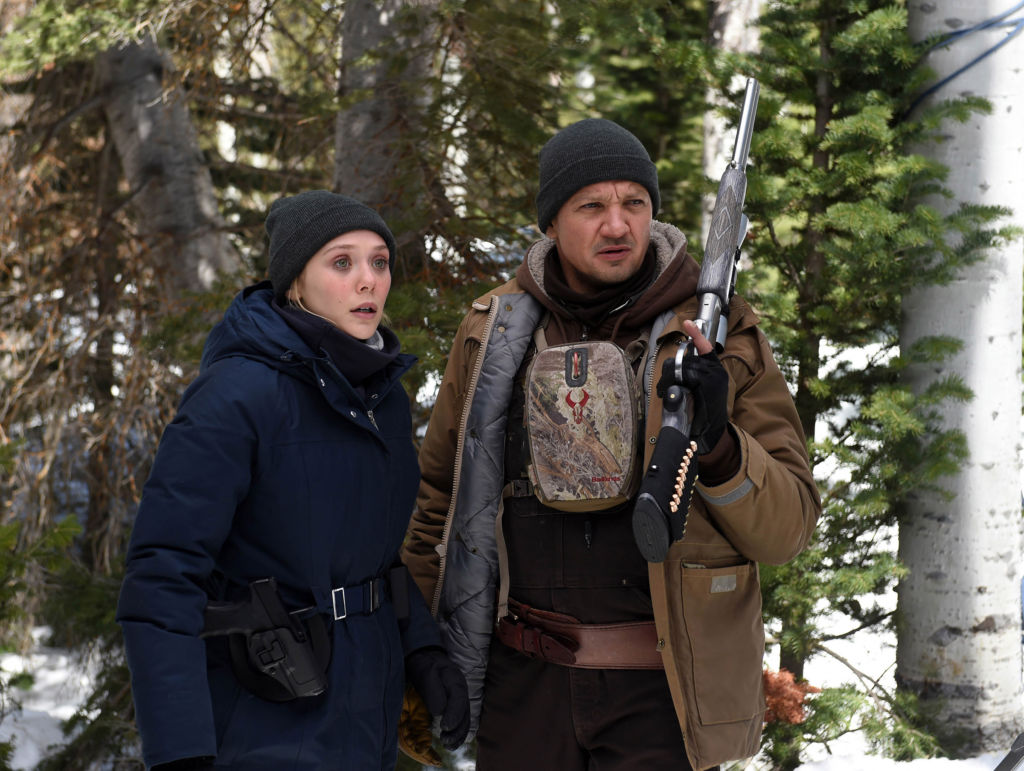 Taylor Sheridan writes modern western thrillers with something like consciences. In Sicario, drug war on the U..S Mexico border corrupted the best of intentions. One of last year’s Best Picture nominees Hell and High Water was about two brothers who robbed a scurrilous bank that had cheated their mother out of her land. Wind River, Sheridan’s directorial debut, is a murder mystery set in a Wyoming Native American reservation both neglected and exploited. As in Sheridan’s other movies, the morality of Wind River’s central protagonist is as gray as the winter sky before a storm. And as in Sicario, the racial politics in Wind River are complicated and occasionally problematic. Sheridan’s writing is as taut and smart as ever, and his direction, from an epic use of landscapes to intense and intimate interaction between his actors, is as impressive, using his great actors, Ben Richardson’s cinematographing and Nick Cave’s music to create gorgeously sad scenes of crime and punishment.

The film opens with a young woman running through the moonlit snow, beaten and barefoot, before collapsing face first. The next day, a fish and wildlife officer hunting a cow-eating mountain lion finds the body. Cory Lambert (Jeremy Renner) recognizes her as Natalie, the best friend of his deceased daughter. Natalie is Native American, as is Cory’s ex-wife, and they are deep inside the Wind River Reservation, a gorgeous and harsh chunk of northeastern Wyoming. Cory is clearly stricken, but he keeps much of the emotion tamped down as he deals with the tribal police, led by Ben (Grahame Greene), and the FBI agent who happened to be nearby. Jane Banner (Elizabeth Olsen) is unprepared for the Wyoming cold and the reservation’s politics, conditions and understaffed police force. Though we quickly discover she’s more than prepared for the increasingly violent and murky work of catching Natalie’s killer.

Renner’s taciturn, calmly grief-stricken, tough-as-a-granite-mountain Cory is a trope right out of the classic Old West films. He doesn’t say much, but what he does say is deeply meaningful, and he can kill from either 1,000 or three yards away. The difference is that Cory is living in 2017, not 1872, and he understands how and why his ex-wife’s people are treated as they are, and he needs to find Natalie’s killer to atone for not being able to save his daughter from dying in a similar way. This makes him yet another white savior, which is certainly not a trope worth using, even if Cory is a great character. And Cory is, and Renner is remarkable, probably giving the best performance of his career.

Jane is also a white savior, and like Cory, she’s a great character. She’s a skilled, imperfect agent who is enraged by Natalie’s death and the lack of resources to figure it out. Olsen is, per usual, indelible on the screen, her big Olsen eyes fierce and wise, her quieter scenes with Renner as intense as her gun-toting action scenes.

I wish I could describe Greene’s performance as Ben with as much detail, but Sheridan decided to use him only as comic relief, a sarcastic, seen-it-all-before veteran of oppression. In the third act, Sheridan basically vanishes Ben; the white FBI agent and the white hunter solve the mystery and make the final acts of retribution. Across the film’s last image are the words, “While missing person statistics are compiled for every other demographic, none exist for Native American women.” It’s true, and it’s horrible. Yes, good white characters are solving the problems created by evil white characters, but the victims here are the Native Americans, and Sheridan makes them victims without agency, in need of help from the same people who created the need. Sheridan should be commended for publicizing the problem, but he could have given Native Americans a much bigger role in solving the one depicted in Wind River.