Amoral and offensive and disgusting 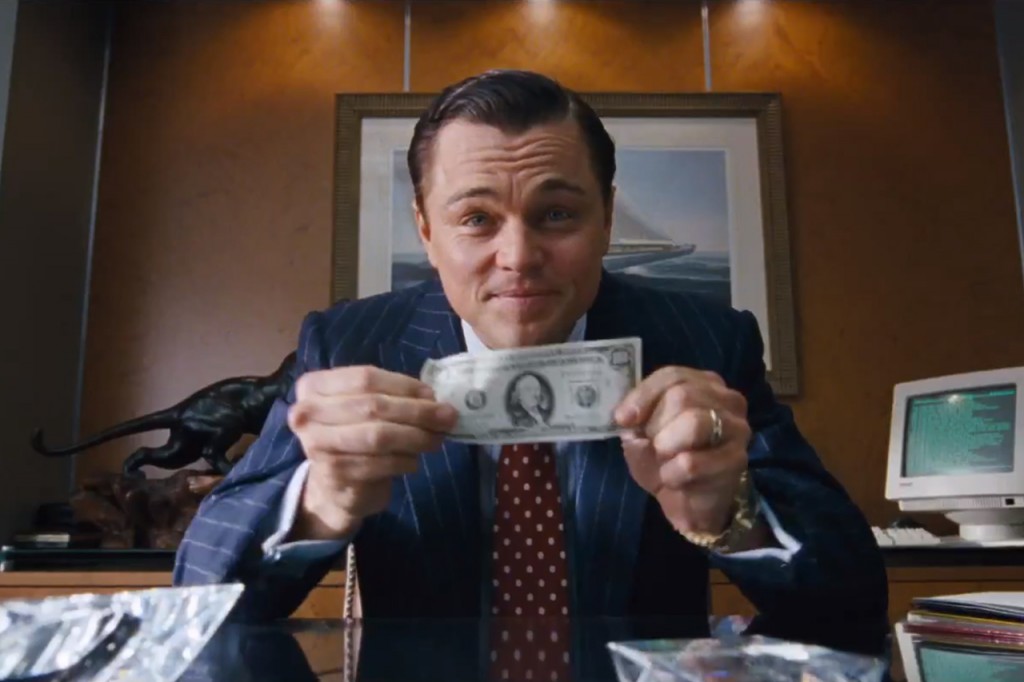 A couple weeks ago, a woman named Christina McDowell published a scathing essay in LA Weekly attacking The Wolf of Wall Street, its director Martin Scorsese, and its star Leonardo DiCaprio. The movie, a three-hour orgiastic comedy about Wall Street con men, is based on actual events, and McDowell is the daughter of one of the men who was ruined by the film’s hero, Jordan Belfort. While reciting the litany of the horrible things that happened to her and her family because of Belfort and his ilk, McDowell writes that the film recklessly glamorizes criminals and degrades women.

When I first read her essay, I found it self-serving, full of nostalgia for her years as the daughter of the filthy and illegally rich, and, like so many similar essays written by people tangential to events in based-on-a-true-story movies (re: Dallas Buyers Club, Zero Dark Thirty, The Fifth Estate), more about her sadness than the veracity of the film. Whether or not the events in the film actually happened, and it seems, many of them did, McDowell is right about a few things. The Wolf of Wall Street is amoral and offensive and disgusting, which isn’t to say it’s not often very funny, occasionally brilliantly acted, or full of rich, inventive Scorsesian style.

The movie is based on the book of the same name written by Belfort and it tracks his rise and fall as an ethically impaired, drug addicted, pathologically narcissistic penny stock trader. According to several accounts, the film is pretty faithful to the Belfort’s book, but Belfort’s former best friend and business partner Donnie Porush has said that the book “is a distant relative of the truth, and the film is a distant relative of the book.” However, the FBI agent who followed Belfort for 10 years said that everything Belfort wrote was true. If even half of what happens on screen actually happened, it’s beggars belief. The criminal activity is clearly believable, since we accept it as a given that if you’ve made a killing on Wall Street, you’ve probably done something wrong.

We watch Belfort (DiCaprio at his smarmy best), Porush (renamed Azoff, and played by a revoltingly funny Jonah Hill), and their cronies become obscenely wealthy by doing all sorts of illegal things while buying stocks at low prices and selling them at artificially high prices. (What we don’t see: Their investors losing virtually of all their money.) And they spend as much time doing coke, Quaaludes, and prostitutes as they do cheating their clients. Belfort crashes cars, sinks boats, and treats both his first (Teresa, played by Cristin Milioti) and second (Naomi, played by Margot Robbie) wives like dirt, and sometimes worse than dirt.

It’s three hours of horrible people doing horrible things and saying “fuck” more times than in any other film made in the United States. Screenwriter Terence Winter writes almost all of it as comedy, and much of it is very, very funny. Some of it is great slapstick, some of it is great irony, but a great deal of it is funny only because laughter prevents you from being as horrified and as nauseated as you should be. Winter has claimed that he wrote Belfort as an unreliable narrator and that we’re not supposed to believe, like, or approve of him, but almost nothing that Scorsese does with filming Winter’s words gives the audience reason to doubt either Belfort’s stories or his charm. (And DiCaprio’s videotaped adulation of Belfort as “a shining example of the transformative qualities of ambition and hard work” makes it pretty clear how much he was suckered by Belfort’s charisma.)

Scorsese responded to the criticism of McDowell and others, claiming, “If anyone watches this movie, at the end of Wolf of Wall Street, they’re going to see that we’re not at all condoning this behavior.” At the end, Belfort is shown playing tennis while in prison and then, free and easy and smug, working as a motivational speaker. Nowhere are we told that he has paid barely any of the mandated $110 million in restitution. We never see one of his victims. We don’t even see the effects of Belfort’s rape and beating of Naomi. Like Belfort’s victims, the women in The Wolf of Wall Street are only there as plot devices and comic foils, to screw and leave behind.