The lava bomb of Pompeii 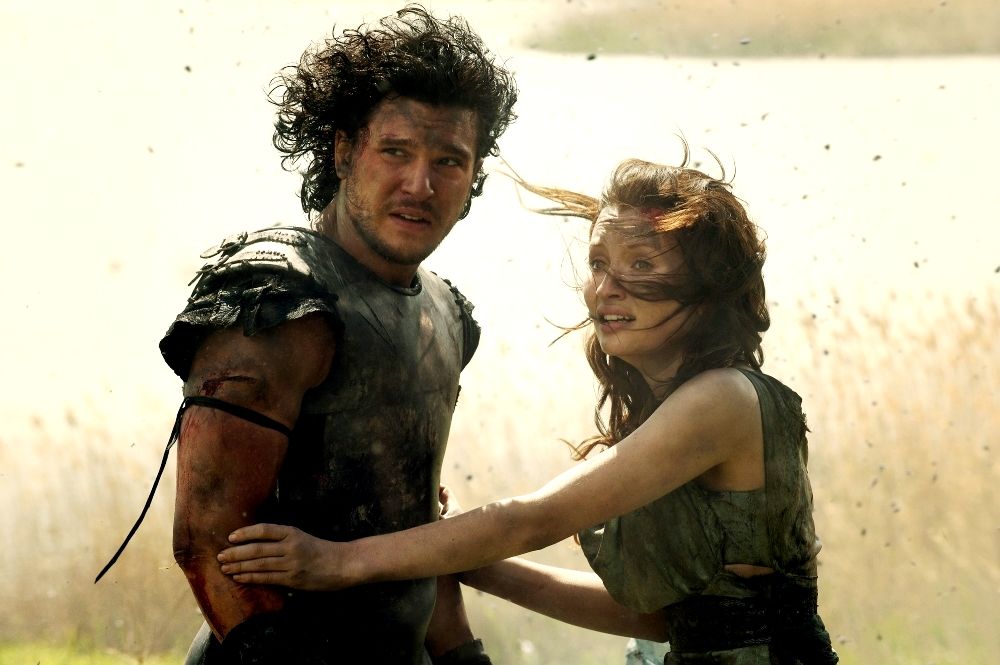 It’s pretty easy to imagine how Pompeii got made. Some screenwriter said, “Gladiator crossed with Titanic. In 3-D.” And I can imagine that if I were a producer with a few boatloads of cash and a throbbing desire to get a few more boatloads that sort of pitch would give me a tingling, ecstatic thrill. But as so many of these things go, that pitch probably led to a bunch of screenplay rewrites, plotting by committee, an over-indulgent CGI team, and, because of either budget constraints or bad taste, some really dopey casting. And what we’ve been given – dumped in the middle of February along with a bunch of other lame movies – is a bombastic, silly movie whose best features are masked by smoke and fire.

Like Titanic (or, heck, The Passion of the Christ), the plot and ending of Pompeii are a foregone conclusion. It’s one of the most famous natural disasters in human history: In 79 AD, Mount Vesuvius, on the central western coast of Italy, erupted and buried the Roman resort towns of Pompeii and Herculaneum. The blast shot gas and lava over 700 degrees into the towns, and around 16,000 people were killed. Over 1500 years later, the archaeological ruins were found, with molds of many of the victims created by the hardened ash that preserved much of the old city. These sites are the most visited tourist attractions in Italy, and the combination of the Roman hedonism and violent doom has made Pompeii an entrancing tale, inspiring nine feature films in the last 100 years.

This particular version focuses on star-crossed lovers from different classes: the daughter of the ruler of Pompeii and a gladiator slave from the provinces. Cassia (doe-eyed, dull Emily Browing) meets Milo, also known as the Celt (sad-eyed, one-note Kit Harrington), when the horse pulling her carriage breaks its leg as it passes a group of slaves marching to Pompeii. They have an immediate connection that strengthens over the coming days as they keeping meeting each other, usually because of or in addition to a horse. While Milo is fighting and befriending another gladiator named Atticus (Lost’s wonderful Adewale Akinnuoye-Agbaje), Cassia’s parents (Jared Harris and Carrie-Anne Moss) are trying to persuade a visiting Roman senator to invest in infrastructure improvements for the city. However, not only did Senator Corvus (a sneering, ridiculously evil Keifer Sutherland) only come to Pompeii to pursue a very reluctant Cassia, but he was also the Roman general who had all of Milo’s family slaughtered. He’s a bad dude, and he’s certainly the worst behaved Roman before and after the mountain erupts, lobbing lava bombs onto the city being ripped open by earthquake fissures. Who will survive? Well, don’t get your hopes up for anyone.

The story does, if you’ve seen Gladiator and Titanic, lend itself to epic filmmaking, but unlike those movies, the story is not what moves the audience; the artless, obvious script is basically a vehicle for Paul W.S. Anderson’s torrid, almost absurd computerized special effects. And swordfights. The amount of painstaking detail devoted to recreating first century Roman architecture, fashion, and daily life is unfortunately subsumed by the painfully overblown volcanic catastrophe, most of which is as historically inaccurate as the art direction is correct. There were no lava bombs, and the actual tsunami was about a tenth the size as Anderson’s tidal wave. And all of this is hard to see because the 3-D filming makes the colors so muddy. The 3-D itself is pretty unnecessary, since it’s only used for throwing rocks at the audience that is already suffering through a bomb.