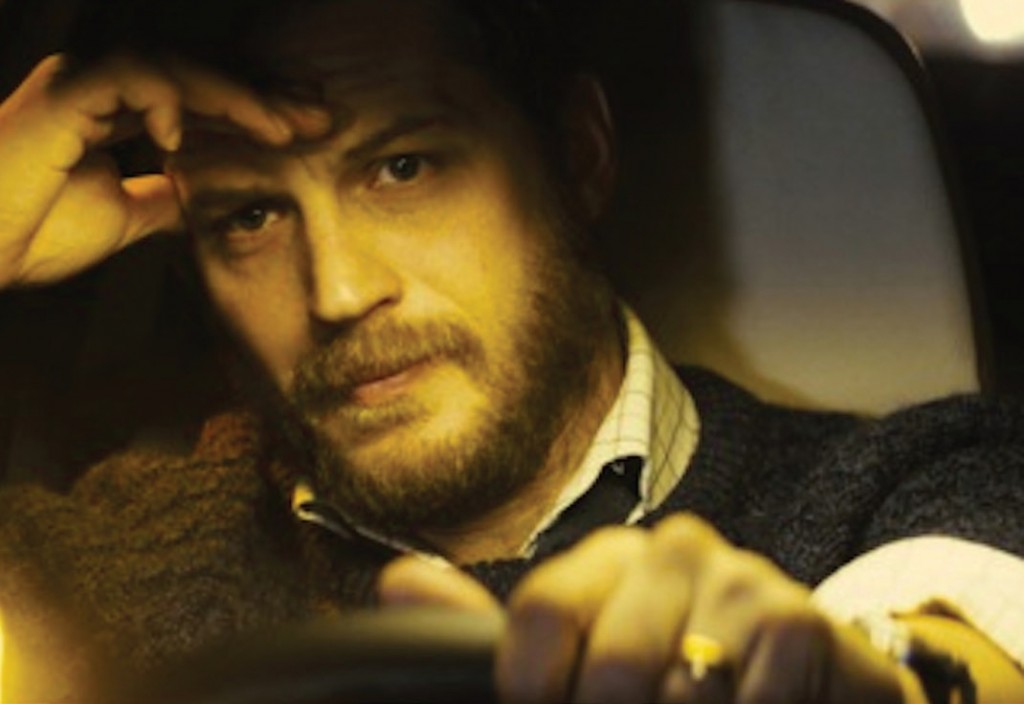 As I was walking out of Locke, a man behind me told his wife, “That’s my worst nightmare.” I was thinking of other clichés, too: for Ivan Locke, the events in the film are a shitshow, a tsunami, his Waterloo, a perfect storm. Most American audiences know Tom Hardy, who plays Locke, for sci-fi action roles: the perfectly suited, smoldering Eames in Inception and the masked nihilist Bane in The Dark Knight Rises. They might expect Locke to be suffering in a spaceship battle or an espionage caper gone wrong. Ivan Locke, however, is not worried about the physical world ending, but rather about the destruction his personal, familial, middle class world. And we watch him worry about it for 90 minutes while he drives to London, the only physical action coming from him answering the phone, blowing his nose, and shuffling papers. Ivan Locke is as opposite from his Hardy’s most famous roles as possible, but it is his most powerful and moving performance.

The film opens with a wide pan of a construction site, a giant hole in the ground that will be the base of seemingly very large building. It’s evening and the workers are leaving for home, and we see one unlock a BMW, change out of dirty boots, and climb into the driver’s seat. He connects his phone to the Bluetooth and dials someone listed as “Bastard,” and he leaves an urgent message for a man named Gareth (Ben Daniels) with one word: “concrete.” Then he dials Donal (Andrew Scott); Ivan tells him that he will not be at work the next morning. Donal freaks out because it is the next morning when Ivan is supposed to supervise pouring the concrete foundation of the building, and it is going to involve the largest pour of concrete for a non-military site in the history of Europe. (You will learn a great deal about concrete while watching Locke.)

Next, Ivan calls home. His wife is at the store but he tells his oldest son that he won’t be home to watch the game. Then Ivan dials Bethen (Olivia Colman) and tells her that he got her message and that he’s on his way to London. Bethen, as it turns out, is a woman Ivan had sex with once, and she is now having his baby, two months early. And when Katrina, Ivan’s wife, calls, he finally tells her that he slept with another woman who is giving birth. It does not go well. Many of Ivan’s phone calls do not go well that night.

As all of the action takes place inside a car, with Hardy the only person visible and the other characters’ only heard, that writer-director Stephen Knight manages to make Locke riveting is near miraculous. The film is paced almost like a thriller, but the stakes in a thriller are usually much higher. Ivan’s predicament is not life and death, but rather his ability to be good man. Before this night, no one had ever doubted him. He was an impeccable person. But he made a terrible mistake in a moment of weakness, and he is trying to live up to his own standards, to do the right thing, right by Katrina, by Gareth and Donal, and by Bethen. His father had not done the right thing by Ivan, and Ivan refuses to be his father. That it is impossible for all of this to be fixed is clear very early in the film, and Ivan knows it. But he still tries.

Though his situation is desperate, Ivan’s nobility is constant. That Hardy can balance these two is remarkable. A lesser actors would use this kind of role to be explosive, to wail at the world, or to chew scenery. Hardy’s Ivan is cold, but this is made clear to be a defense against the emotional chaos of Ivan’s childhood. But it wasn’t a defense enough against the the night his life falls apart, becoming, yes, a nightmare.