A whole bunch of movies every queer boy should see 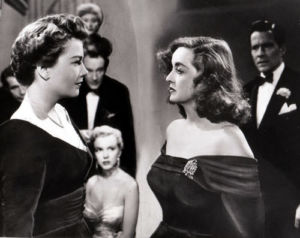 Last weekend, I was hanging out with a sweet young faglet, and it became clear that many of my boyfriend and my film references were flying over his head. I take my queer culture and queer acculturation seriously, so while we were all watching Victor Victoria, I set out to write a list of a movies that every queer boy should see. It got long.

Almost 20 years ago, an older gay man made a similarly themed, though much shorter, list when I said that I had never seen All About Eve. This was after he had recited the entire opening monologue from memory. He had just used it in a promo he’d written for WGBH, where he wrote, among other things, Vincent Price’s banter for Mystery. He was what was called a “non-resident tutor” at my college residence house, and he came to dinner a couple times a month and sat with the gay resident tutor and told stories. Oh, the stories!

I’ve always found exceptional value in the words, wisdom, wit, and stories of older gay men. Queers are rarely raised by other queers, so when we come out, we have no culture. We have to learn it. And gay culture is rich, weird, and intensely important. It’s also, contrary to Andrew Sullivan and Daniel Harris, not remotely dead.

I’m one of those soon-to-be-crusty queens who thinks that when someone comes out, older gay men have a duty to school him the history, both political and cultural, of gaydom, from the Greek paiderastia to RuPaul’s Drag Race. 20th (and now 21st) century film is among the most important lessons, because of how important it has been to gay linguistics and to gay affect, to our secret and not-so-secret coding, and, importantly, to our own contributions to the greater (as in bigger) culture and cultural vocabularies. I don’t mean that the wee queers need to be kidnapped and sent to reeducation camps where they are forced to memorize all of the words to “I Feel Pretty.” But I think it’s our duty, when some 19-year-old says, “Who the fuck is Liza Minnelli?” to respond with, “Queen, you’re coming over for cocktails and a viewing of Cabaret.”

Here’s the list. Let me know if I’m missing any that have to be here. I know there should be more from the 1930s and 1940s, and I have left out the documentaries. That will be another post.

UPDATE: Based on the suggestions of my readers (who only comment on Facebook), I’ve made a bunch of additions.

The Wizard of Oz

Gone With the Wind

Meet Me in St. Louis

Singing in the Rain

Strangers on a Train

Rebel Without A Cause

The King and I

Cat on a Hot Tin Roof

What Ever Happened to Baby Jane?

Reflections in a Golden Eye

Valley of the Dolls

The Producers (not the musical)

Boys in the Band

The Way We Were

My Own Private Idaho

What’s Love Got To Do With It?

Silence of the Lambs

The Lost Language of the Cranes

Beauty and the Beast

Priscilla, Queen of the Desert

Hedwig and the Angry Inch

All About My Mother

I Love You, Philip Morris