An essential document for our collective queer history 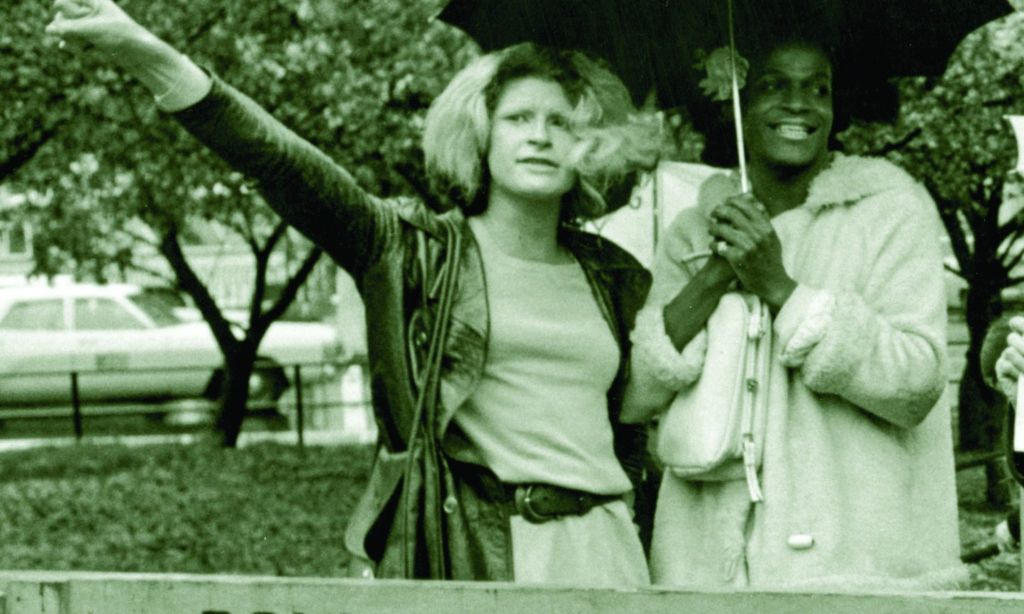 Marsha P. Johnson was at the Stonewall Inn when the police raided the bar June 28, 1969, and she helped start the riots that mark the beginning of the modern gay rights movement. She was a beloved fixture in Greenwich Village for 30 years; she co-founded Street Transvestite Action Revolutionaries, modeled for Warhol, protested with ACT-UP and performed cabaret in a troupe of drag queens. Born Malcolm Michaels, she arrived in the Village in 1963, started going to drag balls, and took on the name Marsha; she said the Johnson was taken from Howard Johnson’s and the P was for “Pay it no mind!” Hilarious, generous, rebellious and erratic, Marsha’s body was found floating in the Hudson River in 1992. The circumstances of her death were extremely suspicious, but the New York police did little to investigate, even after her friends led a march to protest their inaction.

Twenty-five years later, the remarkable Death and Life of Marsha P. Johnson tells much of Marsha’s story while it follows Victoria Cruz, a trans woman working at the Anti-Violence Project in New York, as she tries to reopen the case. Directed and co-written by David France, the film also examines, in almost as much detail, the life of Marsha’s close friend Sylvia Rivera, who was also at Stonewall and co-founded STAR while becoming a legendary gay and trans rights activist.

It’s not clear why France chose to change the title of the film from Sylvia and Marsha; when he was asked about it at Outfest this summer, he didn’t explain what happened. This somewhat confusing focus is my only qualm with the film, which like France’s Oscar-nominated How to Survive a Plague, combines rarely scene archival footage with insightful, sometimes disturbing new interviews. While it doesn’t end with the gut-wrenching reveal that Plague did, Marsha’s power also comes from the intimacy of long sequences of domesticity that France and his team suture between old news footage and video of protests. One clip shows a Marsha giddily trying on dresses in the apartment she shared for decades with Randy Wicker, while another shows a middle-aged Sylvia yelling at police trying to tear down the homeless encampment where she was living.

Cruz’s narrative connects Marsha and Sylvia’s complicated life stories to a present that is in many ways much less hostile to trans women and but in more ways still deeply trans- and homophobic. She hits road block after brick wall, but like Marsha and Sylvia, Cruz is resilient and righteous, even if her personality and methods are much more subdued. There’s a great deal that is upsetting in The Death and Life of Marsha P. Johnson, from the daily physical and psychological violence to the injustice continuously perpetrated by the police. As importantly, there is also great inspiration in their heroic and brave determination.

Though their stories have been underemphasized when not being erased, trans women, especially trans women of color, were essential to Stonewall Riots and to the dynamic, messy, shockingly successful movement that came after. After Roland Emmerich’s Stonewall was rightly lambasted two years ago for focusing its story on a fictional middle-class white boy, I expressed hope that the film that would eventually become The Death and Life of Marsha P. Johnson would help correct the record. I think it does, becoming an essential document for our collective queer history.