Glimmers in the darkness 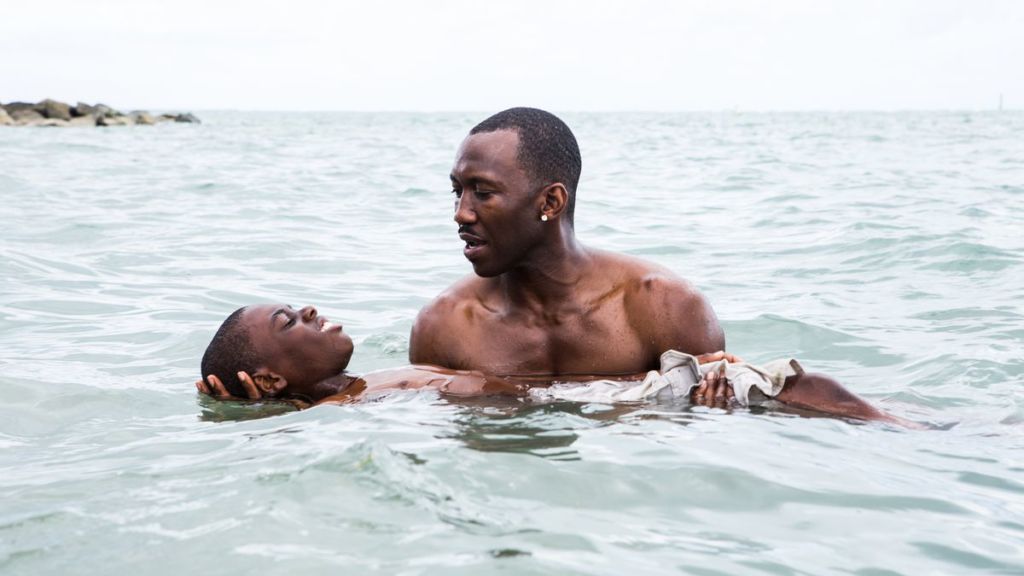 I will repeat what everyone else has said over and over again: 2016 was dreadful, and as I write this, it continues to be wretched, with George Michael and Carrie Fisher dying as Donald Trump provokes a new Cold (or World) War. In times like these, with our waking lives enveloped by evil and despair, art can serve to distract, teach and comfort.

As I wrote in my last column, La La Land does that well; its shiny, Technicolor cheer exists in a world outside of any sadness or strife not native to its own story. It’s pretty good escapism, something that very few of the big or the good movies have offered this year. (But not great: It thinks it’s Singing in the Rain, but it’s mostly humming in the shower.)

Usually, when the world sucks, Hollywood gives more than a few great distractions. But not 2016. Zootopia, the blockbuster animated movie, is about racism and eugenics. Captain America: Civil War, the billion-dollar grossing superhero film, is about the vigilantism necessary when government fails. La La Land’s major Oscar competition, Moonlight and Manchester by the Sea, are extraordinary films about sadness and doubt. And Rogue One, the latest Star Wars film, is as dark as night in its explication of the perils of heroic redemptions. (If you have kids, don’t take them.) None of these movies were made with full knowledge that 2016 would be the greatest annus horribilis since 1939 (or possibly, 1914). But sometimes the zeitgeist can’t be stopped, and sometimes that zeitgeist tells us a few things we need to know and shows us some things we need to see.

At a time of dramatically increased racism, poverty and misogyny, Moonlight is the most essential film of the year. Barry Jenkins’ triptych about the young life of a gay black man in Florida is about many things: poverty, drugs, filial piety, and, especially, the performance of masculinity. Alex Hibbert, Ashton Sanders and Trevante Rhodes play Chiron as various ages – a boy, a teenager, a young man, respectively – as he struggles to protect, express, and redeem himself. His surrogate father Juan (Mahershala Ali) is a drug dealer, his mother Paula (Naomi Harris) is a crack addict, and his only real friend is Kevin (at various ages Jaden Piner, Jharrel Jerome, and André Holland), whose confidence, both sexual and social, is magnetic. The film is weirdly and frustratingly timid in its depiction of homosexuality, but that doesn’t detract from its depiction of finding grace in a world of pain. 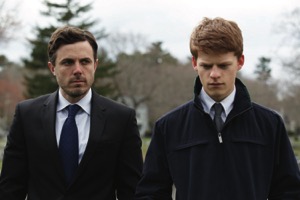 Manchester by the Sea is as white as Moonlight is black, as neither have speaking roles for the other race, but it does similar work by teaching us how to make our way through suffering. Casey Affleck is Lee Chandler, who must figure out how to take over parenting his nephew Patrick (Lucas Hedges) after Lee’s brother Joe dies. Lee is already overwhelmed by almost unimaginable grief – it feels very 2016 in that way – and he thinks he is incapable of fulfilling Joe’s wishes and Patrick’s needs. His path is as messy as Chiron’s, fraught with the expectations of duty and manly emotions and parenthood, but Kenneth Lonnergan writes and directs Lee and Affleck to a quiet, bittersweet place of good enough. Both Moonlight and Manchester by the Sea taught me how to see glimmers in the darkness.

Several other of the year’s great films do similar work. Arrival, Denis Villeneuve’s masterful and gorgeous adaptation of a Ted Chiang short story about Earth’s first contact with alien life, is about connection and communication, about finding meaning in uncertainty and seeming chaos. Amy Adams is a linguist haunted by the death of her daughter as she tries to decipher the language of the squid-like, tree-like visitors. Natalie Portman gives a more mannered but ultimately epic performance as Jack Kennedy’s widow in the hypnotic Jackie, which details the week following the president’s assassination. In trying to define her flawed yet awe-inspiring husband’s legacy through his funeral, she rages, thrashes and grasps for meaning in meaningless tragedy.

Other People, Chris Kelly’s hilarious and devastating autobiographical first film, is about the year David (Jesse Plemmons), a gay comedy writer, spends caring for his mother (a miraculous Molly Shannon) as she dies of cancer. This sort of thing, David says, is only supposed to happen to other people: What do I do when it happens to me? In Swiss Army Man, Hank (Paul Dano) uses a slowly reanimating corpse (played by Daniel Radcliffe) to create the life he never had but always wanted, literally creating meaning out of death. The film’s power is in Hank’s ridiculous, but profound, creativity.

Several of my other favorite films don’t even bother to seek meaning or lessons beyond their horror. The nihilism of The Lobster, in which those who cannot find life partners are turned into animals of their choice (Colin Ferrel’s David chooses a lobster), is as disturbing as the cynicism of A Bigger Splash, the story of how the idle rich are consumed by petty games and jealousies while the desperate poor languish at the periphery. And Deadpool, the movie at which I probably had the most fun this year, is a comic book film that makes no attempt to be about anything but its own hyper violence and filthy jokes. In that way, it functions in many ways like La La Land, as a distraction that panders to our simplest emotions. La La Land is a hopeless romantic wish fulfillment, and Deadpool is about fulfilling the impossible to fulfill the wish that thorny problems can be solved with perfectly aimed insults, blades and bullets.

‘Moonlight’ is a movie that matters

Moonlight is a triptych about growing up black, gay and poor. When he is nine or 10 he is called Little, he was just that, smaller than all of the other kids his age. They pick on him mercilessly, and he is terrified enough to lock himself in a crack house, where he is found by a man named Juan who deals crack but is the closest thing he will ever have to a father. When he is 16 or 17 he is Chiron, his given name, he is gangly and tall, and he is both meek and angry, at his mother who is addicted to crack and at the boys at school who have graduated from brats to bullies. When he is in his 20s, finally he is Black, his exterior hardened by muscle and by jail and the streets and by making his living doing what Juan did. But he is still Little and still Chiron, his mother’s wounds always, already fresh, and he is still haunted by the friendship he had with the one boy who – mostly – treated him with kindness, as someone worthy of love.

The film is artful, literary, gorgeous, upsetting, moving and loving. Barry Jenkins, currently being feted by film critics around the world, has made a movie that is reminiscent at times of Boyhood, Pariah, Beautiful Thing and Boys in the Hood, and yet is wholly original. The immediately striking thing about Moonlight is how gorgeously filmed it is, with Jenkins and cinematographer James Laxton using dawn, dusk, the searing midday sun of south Florida, and, of course, the grace of moonlight in compositions that are sometimes marked by hand-held naturalism and sometimes crafted like the photos of Gordon Parks, Mary-Ellen Mark and Jamel Shabazz. If it was just the imagery, Moonlight would be great, but Jenkins’s script, from a story by Tarell McCraney, structured both perfectly and schematically, is just as beautiful and skillful, creating indelible characters with economical, sometimes poetic lines, aging and maturing Chiron, his mother and his friend Kevin with strategic precision and overflowing empathy.

And then there’s the acting. Alex R. Hibbert plays Little, terrified, needy and sweet; he’s so believable, this third can feel like documentary. Chiron is played by preternaturally gifted Ashton Sanders, whose awkwardness, sadness and fury are both the literal and actual center of the film. Finally, Trevante Rhodes is Black. Rhodes looks like some sort of cross between 50 Cent and Tyson Beckford, and that bulk and beauty is perhaps too much of a transformation, but Rhodes shows the cracks in the perfect sculpture through the subtlest change in his eyes, from a confrontation with his mother to an at-long-last meeting with Kevin, now played by jokey, confident, sexy André Holland. Naomie Harris has an epic transformation as Chiron’s mother, and her talent and Jenkins’ direction prevent her from becoming the cartoon that Monique, in a similar but more explosive role, was in Precious. Meanwhile, the immensely charismatic and beautifully subtle  Mahershala Ali plays the drug dealer with a heart of gold not as some societal oddity but as an everyman doing both the right thing and the things he needs to survive.

Moonlight is an important movie, and not only because critics have tapped it to win Oscars, but because it’s deeply affecting. It matters. At the late, Tuesday night showing of when I saw it, the theater was packed with one of the most diverse audiences I’ve ever been part of. All of the people were there to see a movie about growing up gay and African American, about masculinity and poverty, about redemption. Many people were there because of Moonlight’s awards buzz, and I’m thrilled that their minds and hearts will be expanded by the experience. But most were there because it was what they wanted and what they needed to see, because it was their story or similar to their story: as gay, or black, or poor, or all three. Seeing this – seeing us, with us writ large – reflected on the screen is rare, and it’s especially rare for the reflection to be so aesthetically rich and so emotionally resonant.