The 2008 Golden Teddy Awards for Most Excellence in Books

This is going to be like the Tonys, when the four nominees for each category are chosen from usually about eight shows. Sometimes only five new musicals open, and four get the benefit of claiming that they were nominated for Best Musical. Ridiculous. Just like the winners of the 2008 Golden Teddy Awards for Most Excellence in Books. I only read seven works of fiction this year; I started four others and plan on finishing two of those. As for nonfiction, I read a heck of a lot of academic stuff but only a couple books that someone might read for, say, fun. So, take these Golden Teddy Awards for Most Excellence in Books with a grain of salt, whatever that means.

Most Excellent Book That I Wish I’d Never Read. 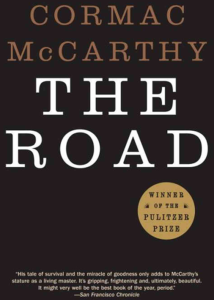 Rob and I joined an ill-fated book group last year, and three of the books we read are on this list. Cormac McCarthy’s The Road is the best book I read in the last 12 months. But I wish I could forget it. This is what I wrote in my Goodreads review: “When I was about 100 pages in, I wrote on here, “This book is freaking me out.” It continued to. McCarthy constructed some of the most disturbing images I’ve ever read, but what most, I think, upset me was how seemingly plausible his imagined post-nuclear war world is. And as personalized through the story of the father and the son, this world becomes emotionally, not just intellectually, real. I finished it at 2:30 am, and burst into tears. I will probably be haunted by the book for some time. ”

Most Excellently Awful Use of Authorial Branding. 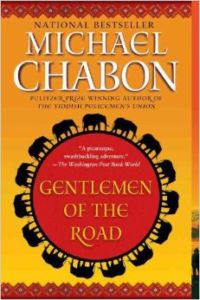 Michael Chabon is the Prince of modern American fiction. I don’t mean he’s royalty; I mean he’s like Prince Rogers Nelson, who cannot stop recording and releasing music and has no ability to judge whether something should be released with fanfare or deleted from the hard drive forever. Last year, Chabon published The Yiddish Policeman’s Union, which is a fantastic postmodern hard-boiled detective novel that belongs on the same shelf as Mysteries of Pittsburgh, Wonder Boys, and The Amazing Adventures of Kavalier & Clay. Unfortunately, Chabon has another shelf with pretty crappy genre stuff, like retread of Sherlock Holmes, a weird and awful Harry Potter wannabe, and not-so-good comic books. On that second shelf, we will put Gentlemen of the Road: A Tale of Adventure, which I read last winter simply because Chabon wrote it. Dumb of me. What a truly terrible book. Chabon’s elaborate prose was un-edited and out of control, his pacing and plotting weird and lazy. It felt like something he spit out one weekend after watching “The 13th Warrior” on Showtime in the middle of the night. 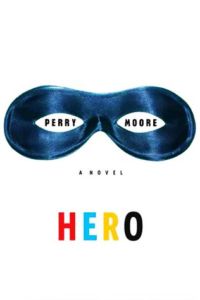 Perry Moore’s Hero is about a gay teen-ager who becomes a superhero. I mean, dude, I wish that had been my life. Well, except for the death and destruction. But still. A relatively well-written, well-paced YA novel, it’s not really “good,” but, boy, did I like reading it. The other folks in the book group loathed it. Of course, they all liked A Thousand Splendid Suns. So whatevs. 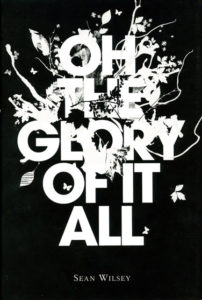 Sean Wilsey’s memoir of growing up rich and neglected, Oh the Glory of It All, is long and rambling and self-indulgent and utterly un-edited. But it made me start working on my own “stuff” again. Partly, it showed me that there are still editors suckered by long and rambling and self-indulgent books. And it gave me all sorts of ideas. The book group hated it. (Four words: A. Thousand. Splendid. Suns.) 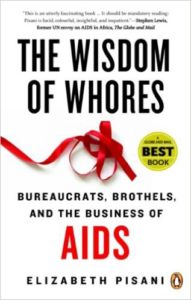 I taught four different books this year, and by far, the most successful was Elizabeth Pisani’s The Wisdom of Whores: Bureaucrats, Brothels, and the Business of AIDS. The book is a primer on epidemiology, a history of the fight against Global AIDS™, and a muck-raking, idol-smashing story of public health in the “developing” world. It’s an excellent book. Pisani is a fantastic writer, and she’s super cool: She did an hour-long webcast seminar with my class. And she has a great blog!

Most Excellent Reason To Read Something Multiple Times. 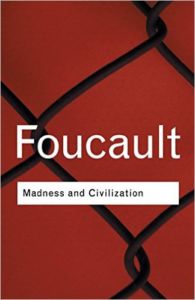 I have been reading Foucault since the Spring of 1993, but over two weeks this past summer I read (or re-read) four of the key books — Madness and Civilization, The Birth of the Clinic, Discipline and Punish, and The History of Sexuality, Vol. 1 — and I finally got it. I mean: I got it. It was like when Neo sees the Matrix for the first time. My favorite is Madness and Civilization, because it is the most straightforward and the most beautifully translate, by Richard Howard no less.

Most Excellent Book That I Haven’t Finished Yet. 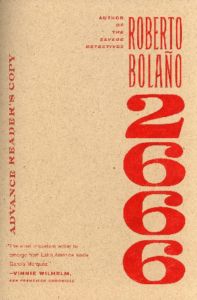 Tomorrow: The 2008 Golden Teddy Awards for Most Excellence in Music!