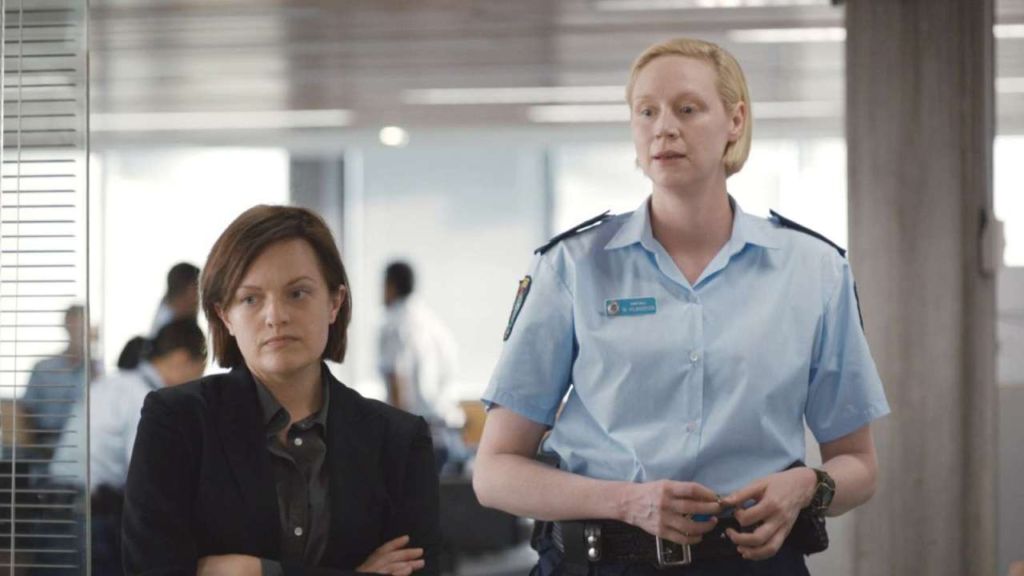 I could watch Elisabeth Moss do anything. A few years ago, at the height of her fame as proto-feminist Peggy on Mad Men, Excedrin started rerunning an old commercial she did for them, and it’s utterly unlike anything else you might see on TV selling something; she could be doing a monologue from A Doll’s House about aspirin. This summer, her turn as Offred in The Handmaid’s Tale was exceptional, a performance of every emotion available, of a prototypical modern feminist who is trapped as a chattel in a misogynistic dystopia. Weeks after that show’s season finale, she has returned as the determined and deeply damaged Detective Robin Griffin in Top of the Lake, Jane Campion’s unnerving, disturbing, and gorgeous Australian police procedural. And, of course, Moss is amazing. She’s having a year as good as Laura Dern and Nicole Kidman are; coincidentally Kidman is in Top of the Lake and is, also, amazing.

The new season took four years to show up, and it takes place not too long after the events in the first, when Robin broke up a pedophilia ring in New Zealand after various physical and psychological traumas. Robin wasn’t whole in New Zealand, and back in Australia, the mess of that case and her messy past are haunting her, subtly in her waking life and violently in her sleep. Her fuse is short and her tolerance for bull very low. Her response to the casual sexism of the men in the police department is a seething restraint, and she relies on outbursts and beer to deal with it all

To Robin’s annoyance, a needy fan in the department, played with sly comedic brilliance by Gwendolyn Christie, is assigned as her mentee and partner. Miranda is the near opposite of Christie’s iconic Brienne of Tarth from Game of Thrones; Miranda is clumsy and unsure and undisciplined, and her lightness allows us respite from Robin’s almost relentless agony. When they are assigned to deal with a horrific crime – a suitcase full of the ravaged body of an Asian prostitute washes up on Bondi Beach – Robin is drawn to the horror, and Miranda is horrified, if dutybound.

Meanwhile, a middle class 17-year-old Australian white girl named Mary (Alice Englert) is in love with an older, and very creepy, German man named Puss (David Dencik), who taught the victim and her friends English. At first Mary seems to be rebellious, acting out because her mother Julia (Kidman) has left her father Pyke (Ewen Leslie) for another woman. But then it becomes clear that Mary is more than just contrary; Julia, enraged and upset recognizes this, but Pyke, pretending to be OK with everything, denies Mary’s deeper problems. And then we discover that Mary and Robin (and in turn, Robin and Julia and Pyke and Puss) are connected, and it’s both narratively hard to believe and emotionally inevitable. Kidman, dotted with freckles and her front teeth given a wide gap, makes Julia unsettling to watch; she’s angry and terrified and jealous and confused.

Campion, who won an Oscar for writing The Piano, writes troubled women better than anyone else alive, and Robin, Mary, Miranda and Julia are indelible and difficult and entrancing. They’re so real as to almost be terrifying, but Campion seems to be doing more than showing the sad, agonizing result of violence, poverty and misogyny. She is showing us how they all survive, some better than others, sometimes with great struggle. Moss, who has created a body of work on TV in the last decade depicting how women can maneuver, escape, and even excel in terrible situations, is the perfect vessel for Campion’s vision. 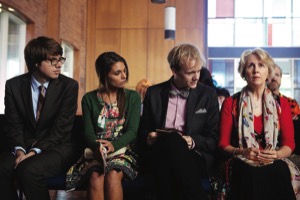 In October, the little watched cable channel Pivot shut down. Few people noticed, and even though this is the sort of thing I do notice, I didn’t find out until one of its shows, the Australian import Please Like Me, debuted its new season on Hulu. At first I was happy, because I don’t get Pivot but I do have Hulu, and Please Like Me is my favorite TV show. I’ve called it the gay love child of Girls and Louie, as frank and maybe more funny in its examinations of gay sex, chronic depression and the agonies of adulthood. It is a masterpiece of the New Golden Era of TV, but it is criminally under-watched. Hulu could change that! Then I found out the problem. Without Pivot, Please Like Me doesn’t have funding for another season. This may change, but the comments the show’s creator and star Josh Thomas has been making do not express much optimism. Season Four may be Please Like Me’s last. [Update: It’s over, per Josh Thomas. Sad face.] And among its six episodes are some of the best half hours of television of the last several years.

Please Like Me is a half-hour, single-camera comedy that revolves around Josh, a wise-cracking gay twentysomething living in Melbourne. He shares a small house with his dog John and straight, long-time best friend Tom. John is played by Josh Thomas’ dog John, and Tom is played by Thomas Ward, Thomas’ long-time best friend. Josh’s flighty, sweet Mum, played by Debra Lawrance, is bipolar and attempted suicide in the series’ first episode; Josh comes out, to one’s surprise, to his girlfriend Claire (Caitlin Stasey) and to Tom in that episode, too. Also around is Josh’s gruff but loving father Alan (David Roberts), who has a baby with his much younger Thai girlfriend Mae (Renee Lim). Aside from Claire, who ends up dating Tom as well, Josh and Tom’s various relationships have major roles, the most important being Josh’s neurotic boyfriend Arnold (Keegan Joyce) and Tom’s sweet and quirky girlfriend Ella (Emily Barclay).

Over the first three seasons, Josh has grown up considerably, fully embracing his sexuality, managing his mother’s mental illness, and settling into a job running his own gourmet food cart. He’s also still occasionally selfish and foolish and his reliance on jokes gets him in trouble with just about everyone. Tom, meanwhile, is still a man-child with no direction and fickle morality. The beginning of the fourth season has Josh tentatively settled into his relationship with Arnold, and Tom is planning to move in with Ella. Alan and Mae have repaired their relationship, and Josh’s mother seems to be stable living with her friend Hannah (Hannah Gadsby), who she met while in a psychiatric hospital. Things start going awry on a camping trip for Hannah’s birthday, and by the end of the season, Josh, Tom, Mum, Hannah and Alan are put through the ringer on their way to epiphanies of various sizes.

Thomas, who writes or co-writes every episode, is particularly adept at what is known as a “bottle episode,” which usually focuses on one setting and only regular characters. Season Two’s brilliant Scroggin focuses solely on Josh and Mum as they hike a park in Tasmania; I put it on the same artistic level as Mad Men’s Nixon vs. Kennedy and The Suitcase or Seinfeld’s The Contest. Season Four has two bottle episodes. The camping trip for Hannah’s birthday is the setting for Porridge, and Thomas and Ward weave old and new threads into a hilarious and sad ode to misplaced expectations. Josh takes his parents to an expensive and pretentious dinner in Degustation, partly to cheer up Mum, and almost the entire episode takes place at the table as the three share stories, reveal secrets, make jokes and get angry. I laughed so loudly while watching it my neighbor knocked on my door to ask if I was OK. The fifth episode of the season starts out as a typically silly sex-and-neuroses story and then the second half is a bottle focused on shocking grief. 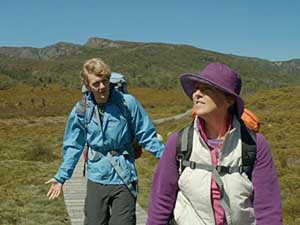 While much is resolved by the end of the season, and I’ve read some critics say that it would be a fine place to end the show, there is too much undone and unsaid to satisfy me. Of course, I can’t stand to lose characters that I’ve grown to love. I’m still not over the last episodes of Six Feet Under, Lost, or Mad Men. With Please Like Me, however, if enough people watch it on Hulu, it might return. Hulu’s head of content Craig Erwich has left the door open: “We’ll have to see. I wouldn’t rule it out. Let’s see how Season Four goes, what the fans think of it and how it is, and then also where the producers [want it to go], but it’s certainly always an option.”