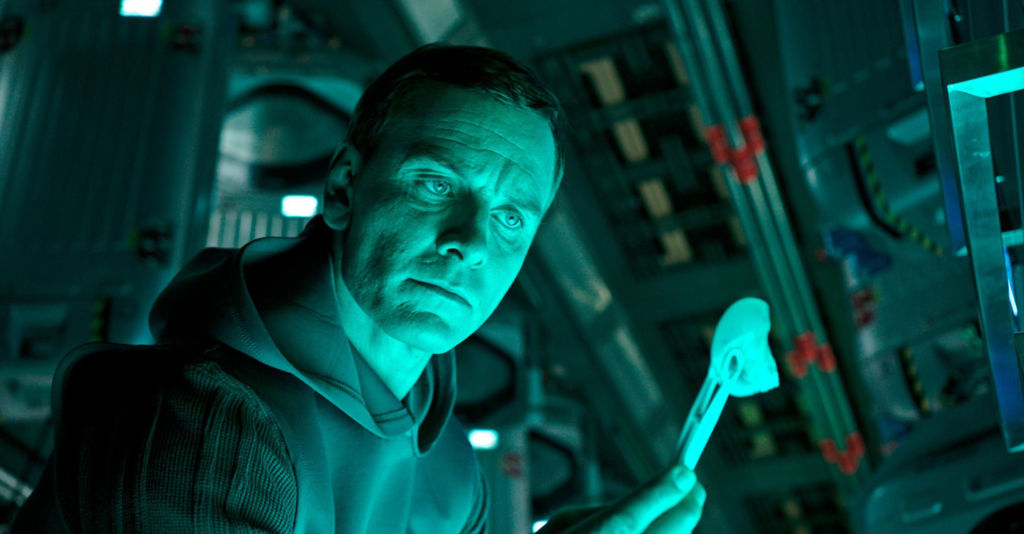 Alien: Covenant is the eighth movie in the 38-year-old sci-fi horror Alien franchise. Following 2012’s Prometheus, the financially successful but fan-loathed prequel, Covenant tries to walk a fine line: The film throws enough red meat to ravenous Alien fanboys with stomach-bursting, face-sucking, don’t-go-in-the-basement grotesquery to get away with continuing Prometheus’ much-maligned, but wildly ambitious origin story of both the aliens and the human race. But while I appreciate the bloody legacy of Alien, I’ve seen those monsters be monstrous in the same manner, seen the humans make the same dumb fateful mistakes, now eight times. The only thing new is the mythology, and thankfully the great actor Michael Fassbender is the one making those myths.

Covenant starts 10 years after the end of Prometheus, when Elizabeth Shaw, last survivor of a research vessel, and her team’s android David (Fassbender) fly off into space in the spaceship belonging to giant human-looking beings dubbed the Engineers. The Engineers had both created life on Earth and created an alien-incubating virus that, it seems, they wanted to use to destroy humanity, and Shaw and David were traveling to find the Engineer’s home world and ask them why.

The new film begins with a totally unrelated ship named Covenant in the middle of a many-year trip to colonize a distant planet. Walter, an android that looks exactly like David, is watching over 15 sleeping crew members, 2,000 sleeping colonists and dozens of drawers of frozen human embryos. A random neutrino burst damages the ship and wakes the crew (killing the captain played by James Franco). While they’re repairing the ship, they hear a bizarre radio transmission, which they determine comes from a planet even more hospitable to life than their original destination, as well as seven years closer. Over the objections of Daniels (Katherine Waterston), new captain Oram (Billy Crudup) changes course.

This is the first of many, many mistakes this crew makes over the next hour and forty-five minutes. You can’t have a horror movie without careless or dumb characters doing something death-wishy, but the crew of Covenant seemed to have lost a substantial number of brain cells while they were asleep. Only Daniels and Walter have a healthy suspicion of the planet, but that’s not enough to prevent the snowballing doom when they arrive and we discover they’re on the planet Shaw and David had been looking for.

Fassbender was the best thing about Prometheus; David is one of the creepiest androids in science fiction, resourceful like Star Trek’s Data but also wily and unhinged like Westworld’s Maeve. As both the less problematic later model Walter and as David, Fassbender gets to act with one of the best actors in the world, himself. And he has a lot of fun, particularly as the effete David slowly reveals himself to the crew of Covenant and to the audience to be more than just a little over-programmed.

The rest of the cast, which includes Danny McBride, Demián Bichir, Carmen Ejogo and Jussie Smollett, does a good job being fierce, scared or determined. Aside from Fassbender, only Crudup and Waterston have complex emotional and intellectual lives, which is a shame. McBride and Bichir are too talented to be wasted as simple cogs in the narrative machine. But to make a sci-fi epic, director Ridley Scott needs those cogs, the mandated conventions, and overdone tropes. Still, Scott makes genre films that are gorgeously shot, art directed with inspiration and never boring. But whether the Alien fanboys will give credit where it’s due is less predictable.